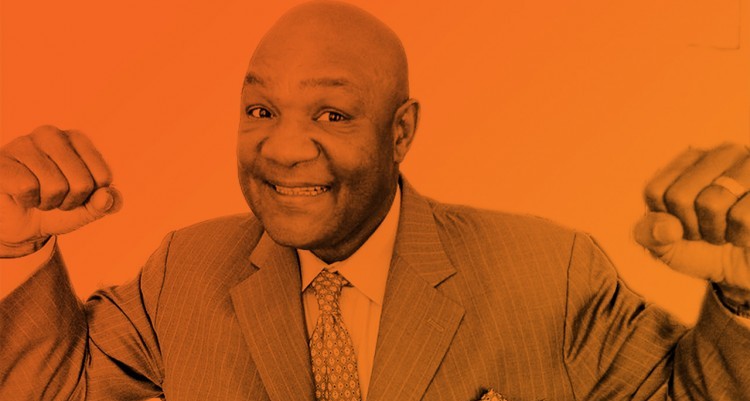 The 5 Personality Traits the Best Salespeople Have in Common

Ever wondered what makes a great salesperson? Us too. That’s why we studied the biographies of legendary sales professionals like Ron Popeil of “Set it and forget it” fame, celebrated piano saleswoman Erica Feidner, renaissance man George Foreman, and more. Our findings: they became powerhouses not in small part thanks to these five personality traits:

If you’re not enthusiastic about the product you’re selling, why should your customer get excited enough to buy it? Ron Popeil pioneered the infomercial as a way to sell consumer appliances, and used TV as a platform to show off his wide-eyed enthusiasm for all his products (most notably, his rotisserie oven). And it worked: he once sold a million dollar’s worth of kitchen appliances in one hour!

The takeaway? When you’re honestly energetic about what you’re selling, your customers will sense that you’re being genuine—that you want to make their life better, not just sell them something to make a profit. In Popeil’s own words, “I have the confidence and the passion. People see that, and they know it is real.”

To sell a product, you need to be a great communicator. And no one understood that better than Dale Carnegie. As he aptly put it, “about 15 percent of one’s financial success is due to one’s technical knowledge and about 85 percent is due to skill in human engineering—to personality and the ability to lead people.”

Carnegie, who had already logged a career as a top salesman, rose to further fame through his public speaking classes, where he taught salespeople how to interview, present, persuade, and build positive relationships. The courses, became so popular that he founded his own school, the Dale Carnegie Institute. Meanwhile, his classic books, Public Speaking and Influencing Men of Business and How to Win Friends and Influence People, which both speak to the power of communication and its ability to influence people, are bestsellers and essential reading for sales pros.

No two customers are the same. So having the ability to think on the fly and adapt your pitch to each of your customers is crucial. Legendary saleswoman Erica Feidner has sold more than $40 million in pianos—an expensive and deeply personal purchase for anyone—across her career. Her secret? Feidner adapts her pitches to each customer.

For example: When selling to a beginner, Feidner gets the customer excited by teaching them enough basic piano that he can play one song within an hour. And when selling to a more seasoned player, she finds the piano that best suits their personality—earning her the title “The Piano Matchmaker.” Can you think of ways to do this with your product?

Being a great salesperson means finding new and innovative ways to sell. Joe Girard is listed in the Guinness Book of World Records as the World’s Greatest Salesman. In his 15-year selling career, he sold 13,001 cars. And he achieved this groundbreaking feat through an unlikely method: greeting cards.

Girard sent nearly 13,000 greeting cards a month to customers to wish them well for holidays, birthdays, anniversaries, and more. These cards instilled a sense of loyalty in Girard’s customers: they felt like he was part of their family, and Girard earned their repeat business and their referrals (talk about a lead generation strategy!).

As a boxer, George Foreman was driven to win. At 24, he won the heavyweight championship. Over 20 years later, he reclaimed his title at 45 years old. And as a salesperson, Foreman had that same determination. As a relentless promoter of the George Foreman Grill, he made himself and his product a universally recognized brand.

In his own words, Foreman says that drive and internal ambition are what made him a great salesperson. “You can’t decide that you need a break,” he has said. “The product sells 24 hours a day—you must be alert, you must smile, and you must sell 24 hours every day. Anyone who decides to do that, they can become a great brand.”

What other skills and personality traits have helped you on the job? Shoot us a note at content@closeriq.com.

David is a freelance writer/editor at CloserIQ. He is also an Account Executive at RLM Public Relations. David has written for publications like Patch and the CHARGED.fm magazine.