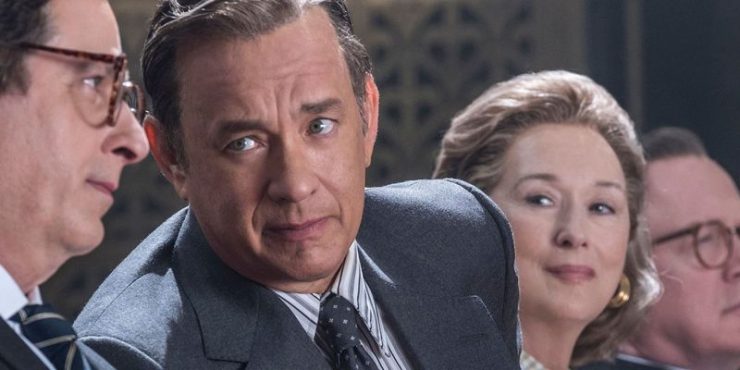 6 of the Best Sales Scenes from Movies and TV

Hollywood loves sales—and why shouldn’t they? They know the job can be exciting, dramatic, emotional, and even hilarious. It’s great entertainment, and can be inspiring for real-life sales pros, too. That’s why we’ve rounded up six of our favorite sales scenes from movies and TV—watch them for a quick dose of insight and hilarity.

In this scene, Draper (Jon Hamm) uses emotion in his pitch to Kodak about their photo carousel—and it pays off. “This is not a spaceship, it’s a time machine,” he says, flipping through his own photos and memories. “It goes backwards and forwards, and it takes us to a place where we ache to go again.” Pulling on heartstrings when it’s appropriate can help you connect with your clients, so pay attention.

From The Wolf of Wall Street: Leonardo DiCaprio cold calls

Sure, Jordan Belfort’s methods may have not been the most moral or legal things in the world, but that didn’t mean he didn’t have a way with words. In this scene, DiCaprio, playing the titular “Wolf,” demonstrates how a cold call can turn an unsure prospect into a surefire customer with the power of persuasion. Watch and take notes on how to seal the deal with phrasing (but let the dishonesty remain pure entertainment).

From The Office: Jim and Dwight practice a sales call

In this hilarious scene, there’s something every rep can take away from Dunder Mifflin paper salesmen Jim and Dwight’s simulated sales call. Mainly, the don’ts of a sales call: don’t cross your clients’ boundaries, don’t yell at your customers, and definitely don’t make fun of their crazy names.

Find startup sales jobs you love — sign up for free with CloserIQ.

From The Pursuit of Happyness: Will Smith hustles through a call sheet

Working your way up a call sheet can be daunting, but Will Smith, playing a struggling salesman in this inspiring 2006 movie, proves that persistence counts. He doesn’t hang up the phone between calls to save time and even avoids water breaks (which we don’t advise). Eventually, he cuts to the top of his call sheet and, with his positive, polite tone (something you very much need in a successful cold call), scores a meeting.

“The money’s out there,” Alec Baldwin says in this classic scene. “Go and pick it up, it’s yours. You don’t, I got no sympathy for you.” In this 1992 movie, Baldwin plays a sales “motivator” who’s dispatched to galvanize a lackluster group of real estate salesmen. And while there are some nuggets of truth and advice in his rallying speech—”always be closing,” and the principles of “AIDA”—his managerial methods (e.g. the “brass balls” visual aid) are probably too extreme for a real-life office. Glengarry Glen Ross was nominated for an Oscar and won several other awards, but Baldwin won’t be winning World’s Best Boss any time soon.

From The Boiler Room: Vin Diesel closes the deal

In this classic scene from the 2000 movie, Vin Diesel’s character Chris Varick, takes over a call from a junior rep to close the sale with one of the most aggressive pitches to ever make it to the silver screen. It’s an extreme example of the hard sell, but it’s inspiring nonetheless.

What’s your favorite sales scene from movies or TV? Send a link to content@closeriq.com and we’ll add it to our list.