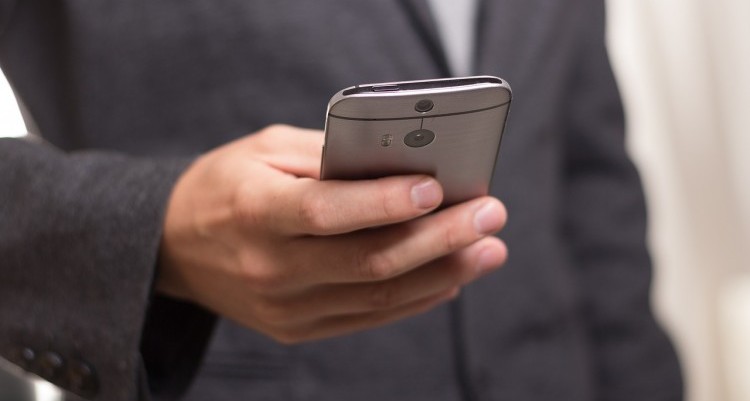 How A Good, Persistent Followup Can Work For You

A little story: In 2008 I had no money. I was living in a 10-person apartment in Chinatown, NYC. It was everything I could do to get my rent under $1000/month. I had my first real job out of school: cold calling gyms and health clubs. And I was looking to make and save money in any way possible.

My company was called Gymticket.com and I was selling gyms $5 leads of people interested in a free one-week pass to their club. Being the resourceful entrepreneur that I am, I decided that through this job I, at the very least, had my gym memberships taken care of. My obvious plan was to sign up for a free week “Gymticket” at every club in Manhattan and be well on my way to free gyms for life.

I didn’t count on running into a great salesperson.

When I got to the gym and gave them my “ticket” I was greeted by Shane, a fresh-off-the-boat Irishman with the accent to prove it. Shane took my pass, set me up, and walked me through my free tour for trial guests.

(Ah, didn’t think about the tour part. This is going to be a pain in the ass to do every week with each new gym.)

He paraded me through the weight room, the cardio area, the spin studio (who cares!), the “state of the art” (read:1980’s) treadmills, the locker room… before letting me on my way. I hustled through, got a good workout in and was back at work before my lunch break was over. Success.

Next day: I show up and I don’t have a lock. Worried about all of those (imaginary) thieves that walk around NYC gyms looking to steal $20 out of each open locker, I asked Shane if they had any locks to buy at the front desk. None. But Shane was a nice guy, so he went out of his way and let me use his personal lock. What a guy! I locked my stuff up, had a nice little leg day and again, was back in time for afternoon calls. What a scheme I had going!

Fast forward one week later, my trial is over and I’m ready to move on to the next gym. Shane, like any good salesperson, gives me a call. I quickly tell him I haven’t decided yet and hang up.

This continued for the next 60 days! Sometimes it was every day and other times he’d skip a day or two in between calls. Almost every call was accompanied by a voicemail in your “best friendly Irish accent”: “Hey Dave! It’s Shane over at New York Sports Club! Just wanted to let you know we have some great deals going on right now. Would love to have you by. 917.515.4396”

He’d change it up slightly each time, but this was the gist of our one-way conversation.

Here I am, spending my days cold calling gym owners, trying to get them to sign up, answer my calls, leaving messages like, “Hey, Mike… it’s Dave again. It’s Monday, you said you’d have an answer by last Thursday, so…. call me back! :-(” And I’m dodging this guy, Shane.

I went through the cycle that all my prospects go through.

Step 1: Ignore the salesperson because I haven’t made a decision (or made a decision that he doesn’t want to hear) and don’t know what to say to him.
Step 2: Start to feel bad that I’m dodging
Step 3: Now embarrassed to be dodging, but definitely can’t tell him no. No way to save face. Hide and pretend this conversation never happened.
Step 4: Get very annoyed at Shane. Turning my guilt for not answering him, into anger directed at Shane. (Which is always easier than blaming myself.)

And for my prospects, it usually ended there.

Allow your prospects to save face

Shane; however, kept going. He got to the elusive 5th step: the turnaround.

Step 5: I’ve heard this voicemail over and over again, never mad at me for ditching him, never desperate, never depressed — just happy-go-lucky, Shane! You know, that nice guy who offered me his personal lock when I didn’t have one. The guy who just moved here from some town that I can’t pronounce in Ireland. Smiling … and every single day calling to wish me a  great day.

After 60 days of these calls, I finally said, damn it, Shane, I respect you! I marched down to the NYSC on 65 and Columbus, looked Shane in the eye, shook his hand and said, “Sign me up.”

I’ve been a member of NYSC for 8 years now and have probably paid them thousands and thousands of dollars (note: New York City gyms are way to expensive).

That’s how this stuff works.

By Shane continuing to call, and delivering a happy-go-lucky message, I felt okay about dropping back in. He and I both knew that he’d been calling me and I’d been ignoring him for 60 days straight. But we were both willing to act like that didn’t happen.

Contrarily, if Shane had been leaving the types of messages I was leaving at the time, “..Mike, you said you would call me back 2 weeks ago, WTF!?” it would have been near impossible for me to respond to Shane. Not only would I have to eventually call him, but I would have had to face and own up to the fact that I was ignoring him. I’d create some excuse, admit that I was being a bad person, and then give him my credit card. I’m just not going to do that. I’d sooner never work out again.

I knew from Shane’s approach that he wasn’t going to drill or embarrass me for these actions. He’d just be happy to see me. He let me save face and for that reason I was happy to give him my business.

This post was originally published on David Greenberger’s sales blog.

David Greenberger is a District Manager at Hitachi. Previously, he was the Director of Sales at Splash. He is also the co-founder of Building The Sales Machine.