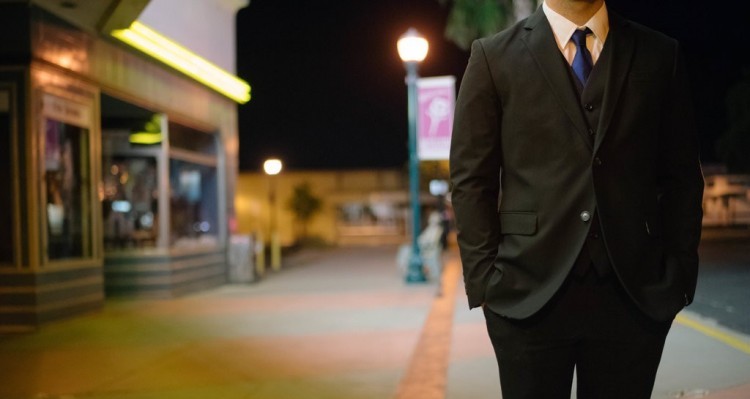 You see the same thing over and over again: highly motivated reps in high growth startups that all want to get promoted to management. Many of them have the aspiration to get there, but don’t know what will put them on the right track.

Many reps think all they have to do to is blow their quota out of the water, but that doesn’t necessarily make a good sales manager. It’s not all about being the number one sales guy anymore.

Management requires an entirely new dimension. I’ve coached many reps to make the transition to management, and here are some behavior changes that need to happen first before you’ll be considered.

1) Communicate your desire for leadership

If I were a sales rep with leadership aspirations, in my next one on one I would say to my manager, “Here are my long term goals for being a manager. Am I on the right path? What do I need to improve upon? What are your general thoughts?” Having this conversation does two things: it establishes your expectation early on, and it forces your manager to think about what is needed to make it a reality. You’ll become more aware of your strengths and weaknesses and what needs to be done to reach your goal.

2) Be “team-centric” instead of “me-centric”

Often times top performers can be all about their pay and their commission. That can work for an individual sales rep, but sales managers can’t focus solely on numbers: they need to be concerned with the development of their team and the individuals members. If you are serious about moving into a managerial position, you need to start making your decisions with the mindset “what’s best for the team.”

But a word of caution: Most people can read disingenuous acts, so if you can’t truly put the good of the team ahead of your own interests, you probably aren’t cut out to be a manager.

3) Move from micro to macro thinking

Managers need to leverage input to maximize output. A mistake I see in new sales managers is that they often try to work with reps to close deals for them, and while this produces short term results, it doesn’t scale well. If you’re not willing to actually teach the behavior change on how your reps can close themselves, you’re never going to lead a successful sales team. By doing for somebody, you’re robbing them the opportunity to learn for themselves and you’re hindering their personal and professional development.

When you become a manager your core team becomes the management team. You need to make a change where you’re not simply “one of the guys” but you directly represent the company and its interests. It’s ok to disagree on ideas and have different philosophies and opinions, but when the management team agrees on an idea – whether you supported it or not – that’s the message you have to stick with. Your responsibility is now to drive the company initiatives above individual initiatives.

5) Be passionate for the company and the role

Many reps want to move into a management role because it’s the next step for them, but they’re not necessarily excited about what the role entails. Managers need to be genuinely excited to be part of the company, and they need to have a passion for developing those around them. Companies want their managers to be people who truly believe that the company has the right mission, that it’s truly the best place to work. And if you’re not excited about the development of those around you, you’ll ultimately fail as a sales manager.

6) Demonstrate maturity and consistency in your behavior

You need to demonstrate mature behavior on a consistent basis. You can’t be the person that’s always joking around that no one really takes seriously. I had a rep once who really wanted to be a manager, but he was seen as the clown on the team. Everyone liked him, he was always fun to be around, but that’s all people saw in him. A good question to ask yourself, “If I became a manager, would my peers take me seriously?” (And be honest with yourself.)

7) Do the role before someone hands it to you

True leaders don’t wait for someone to tell them they’re a leader, it shows up in their everyday actions. You should be actively taking opportunities to fix processes, procedures, and proactively think about the macro without even being in a leadership role. Often times during a tough transition, individual reps complain and act like the victim, but a leader reacts to those transitions and proactively tries to improve and make things work. Instead of complaining about problems, propose solutions to fix them.

8) Care for your employees as people

A former ZocDoc leader once told me, “People don’t care how much you know until they know how much you care.” As a leader, your employees become your 2nd family.  Their problems become your problems and their goals become your goals.  Your employees will work 10x harder if they know you genuinely care about them as people.  What are their long term goals? What do they enjoy doing outside of work?  Be prepared to listen to personal problems.  Do they have a family? What is their daughter’s name? etc.

As a sales manager, it’s never a good idea to pick favorites. That might have worked on the playground, but as a sales leader, it’s not advisable. In my early days as a manager, I would often show favoritism towards my top reps. This is a common rookie manager mistake that will come back to haunt you in the long run. To build a highly effective team it requires an even & competitive playing field.

Some More Advice for Reps Looking for Leadership Opportunities:

Moving from sales rep to sales manager requires a change in mindset and priorities. By asking to mentor a few younger reps, it communicates to your manager that you’re serious about the responsibility and it’s also a great chance to practice your leadership skills and test whether management is something you really want to do.

Management requires the ability to lead groups and facilitate discussion and collaboration. Leading a team meeting is a great way to practice your skills, and it also will help the other sales reps to begin to see you as a leader.

Get a mentor immediately!

Many startups don’t have formal mentorship programs. Find a sales leader that you respect and ask if they’ll mentor you.  It doesn’t have to be anything extremely time-consuming for them.  Try shadowing them a few hours a week, grabbing lunch on a recurring basis and/ or volunteer to lighten their load (anything that will give you valuable face to face training).

This is a guest post by Joshua Angeles. Joshua has built and scaled sales teams for more than 10 years at ZocDoc, DoctorBase, and most recently as the Director of Sales at Kareo.

Joshua is the Director of Practice Development at Parasail Health. He has built and scaled sales teams for more than 10 years at ZocDoc, DoctorBase, and most recently as the Director of Sales at Kareo.