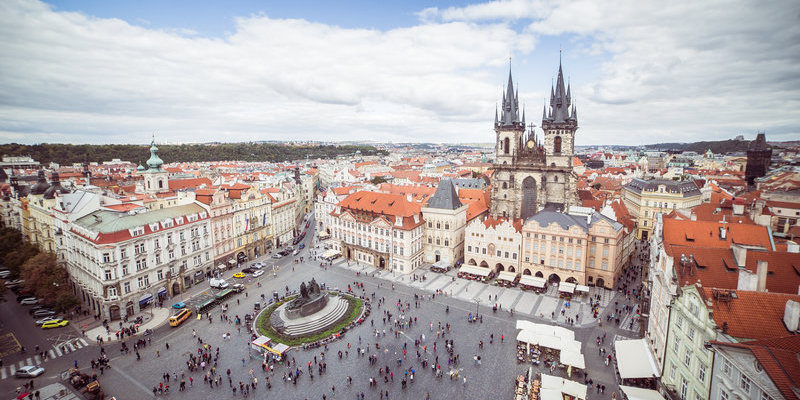 What American Startups Should Know Before Opening a European Sales Office

So your company is thriving coast to coast in the United States and you’re thinking about opening a remote European office – what’s next? Although many business practices transfer fairly easily across the Atlantic, there are some surprises waiting for American companies once they open an office in Europe. Here are a few things to know before you make the big jump across the pond:

The most important thing about opening a European office is to establish a core team that is really committed to the values and culture that made your company successful in the U.S. Most U.S. companies who have made the jump successfully have relocated at least 1 core team member to the remote office to build the team. Once you find the right candidates, the best way to entrench them in the company culture is to fly them to the company headquarters and do training there. By doing training in the U.S., you can really assimilate the staff and give them a first person account of the culture and values your company holds dear. This helps make your remote European office a little less remote and helps spread the culture that made your company successful.

European diversity needs to be reflected in team design

Europe is a hugely diverse place with many languages spoken in a tight geography. Unlike the U.S. where everyone speaks English (which makes scaling much easier… yes, my fellow Americans, we take that for granted), you need to hire people who are not only fluent in English but is also native to the territory they work. It’s important to hire someone that is a native language speaker and not just bilingual because there are certain customs and nuances separate from languages that are crucial to closing deals. Think someone who sells in NYC and someone who sells in Georgia – it’s a bit different.

For us, I train everyone in English – so I need everyone on the team to be able to speak their native language and business level English. We do roleplays, training’s, scripts and email templates in English and then reps translate into their own language and make the cultural nuances that only a native speaker understands. Once employees are on the phone you have to trust that they’re saying the right things, but fortunately for sales performance, the numbers speak for themselves.

The labor laws are different

Hiring in Europe is different than in the United States because contract engagements are much more popular. In most countries it’s VERY difficult to fire someone without cause, and failure to achieve sales quota is not considered “cause”. Now before you freak out, typically an employee is hired for a specific “contract length” (think 6 months) and in the Netherlands, you can extend the contract 3 times (up to 2.5 yrs) before you have to hire someone “indefinitely”. So while it is much more difficult to fire someone in Europe prior to the end of their contract (or after they are hired “indefinitely”) employers can use the contract length as probation periods. At the end of a contract, it has to be renewed and if the employee does not meet expectations they are released without a formal termination.

You have to change the way you think about contract employees and use the contract lengths as an advantage.

In my experience, Americans are comfortable signing contracts for up to around $10k MRR over the phone, but in Europe deals as small as €500 MRR often need a face to face meeting. (Yes that changes the economics dramatically – CAC just went up and the sales cycles got longer) Europeans put a lot more value on personal relationships when doing business and often need to build trust face to face when doing deals. I’m not saying that Americans don’t value the relationships when doing business, but in Europe it is imperative to get to know each other for closing even deals Americans consider “smaller.” Europeans see relationships as more binding and want a partner they can stay with for longer than just the contract term, so European businesses want to be sure they have the ideal partner before jumping in.

Travel is less of a burden

Although for Americans it might seem like a hefty task to close deals in person, it’s not as difficult to do so in Europe. Flights within Europe are much less expensive than flights in the United States – for example, a flight from Amsterdam to Berlin is only an hour and is cheap as €34 round trip. This makes it easy for a salesperson to hop on a flight during the day, close a deal and be back home for dinner.

The usual end-of-month rush to close sales by offering discounted rates and one-time only offers don’t work as well on European companies as it does in the U.S. Tactics that involve expiry dates tend to turn Europeans off. This tactic seems to help many U.S. sales reps close deals (I’ve used these tactics with a lot of success in my career), but they tend to backfire in Europe. Instead, these “high-pressure sales tactics” come across as sleazy and eroding trust in Europe. I get the sense that American’s like to negotiate, get a deal and we are more of a “2 for 1 offer” culture while Europeans just don’t see deals (especially ones with expiration dates) as something that a high value / high integrity organization would offer. This is definitely a game changer for a high-velocity sales force that forces decisions and uses clever tactics to win business.

When booking demos, you can keep it simple

Europe has not employed the SDR team in the same way that America has. Because of this, your SDR team does not have to be as advanced as an SDR team selling to other startups in the U.S. Doing the basics with email cadences and cold calling is extremely successful. This is a little known competitive advantage that companies in Europe haven’t moved quickly to adopt and U.S. companies who have fully functioning SDR models in the U.S. can really leverage. In America, you have to focus on more social selling, personalizing emails and strongly differentiating your message to the market. In Europe, by keeping it simple and direct, you’ll have enormous success as there is just less noise in the market calling on your prospects.

Straight up cold calling is more effective in Europe

I hear over and over that cold calling is dead. This might be true in the U.S., where prospects are getting conditioned to email cadences and cold calls, but in Europe cold calling is still hugely successful. Personally, I see cold calling as an important tactic to be used by every outbound team across the globe, but in Europe, it’s almost a secret weapon. Remember, you need bilingual speakers who can call in the local language (it’s less important to be a native language speaker as an SDR, but when it comes time to promote the SDR it can get tricky if they aren’t native language). Also, remember that cold calling is for the top of the funnel so don’t be fooled into thinking you can carry this all the way through and replicate the same sales processes and sales cycle that you do in America.

Seth lives in Amsterdam and is currently helping early-stage B2B SaaS startups build their sales engines. He's also consulting later stage startups on making the jump from the US to Europe or from Europe to the US. Most recently Seth was VP Sales at the Dutch startup Framer($33m funding led by Accel) and previously Seth led sales in the US for Revinate($45m funding led by Benchmark) before moving to Amsterdam to focus on Revinate's European expansion.