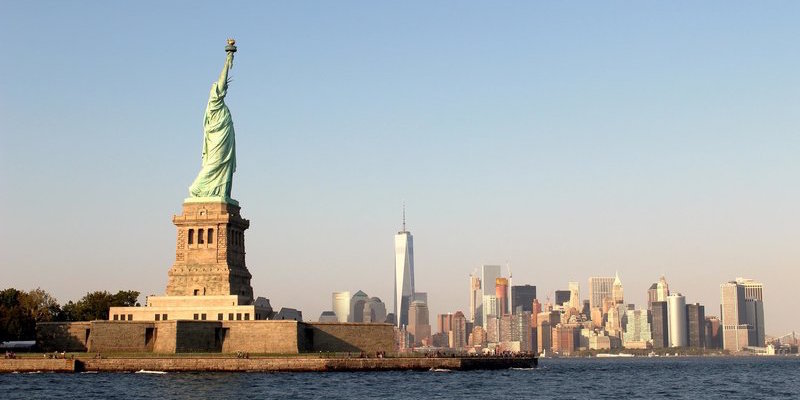 What European Startups Should Know Before Opening a U.S. Office

When deciding to open a U.S. office, there are many things to think about, both good and bad. It’s a big, exciting step and a defining moment in a European startup’s history.

As a Voice of Customer SaaS company, Usabilla has clients all over the world, so it was only natural we expand into the U.S. Helping open up our American office has been a great experience for me and I’ve learned a lot along the way. Below is a list of the key things I think European startups should know before deciding to open a U.S. office:

In America, a sales rep is valued and sales as a whole is viewed as an actual profession. In Europe and in the Netherlands, people generally have a more negative view of sales. Reps are typically viewed as a pushy sales guy instead of in the U.S., where they are looked at the same as other professionals and valued for the work they do.

Americans are Great at Selling Themselves

It can seem like American candidates are all top performers, but it’s a result of enthusiasm and confidence. This isn’t a negative quality – having workers that are enthusiastic and passionate about their work can only be beneficial. However, during the hiring process, it is important to keep in mind that Americans will sell themselves far better than the European candidates you are used to seeing.

Europeans are much more shy and modest when speaking about themselves compared to their American counterparts. Workers in the U.S. also have a tendency to slightly exaggerate their professional accomplishments.

One way to help deal with this is to push back on surface level descriptions of projects and contributions and ask the extra question. If a candidate is describing themselves as a major contributor to a project, ask them what they did specifically that made their work so valuable. This can help find out what their strengths are and what type of work they feel is important.

Costs are Higher in the U.S.

Assuming you’re planning to open your first office in New York City or another major American city, be ready to spend a lot. Everything costs more money than what the average European company is used to spending.

In our headquarters in Amsterdam, we have a large space taking up an entire floor with a great view and rooftop access. In our New York office, our whole space costs half as much as our Amsterdam office and is similar the size of a large meeting room.

The benefit of higher costs, however, is that the office in NYC can cover most of the country without a problem. You don’t have to worry about hiring a different native speaker for each country that you do business in because there aren’t any language barriers for business in the U.S.

In addition, although the cost of doing business is higher, the gains are also much higher thanks to America’s massive economy.

Unlike in Europe, where interviews take longer to happen and mandatory notice periods can sometimes delay a hire for 1-2 months, American companies and candidates move quickly through the hiring process. If a candidate really wanted to, they could interview on Thursday, accept an offer on Friday, and then start the new job on Monday.

Although that’s an exaggerated example, there isn’t much holding back candidates from switching companies quickly and efficiently compared to their European counterparts. This flexibility allows for the process to move along rapidly so you aren’t waiting two months for a candidate to start that you need in two weeks.

Be Careful of Boundaries During Interviews

In Europe, hiring managers might be used to asking more direct, personal questions to potential hires, but in the U.S. this is can spell disaster. Asking personal questions during an interview might not just come off as rude, but it can lead to potential legal troubles. The best approach is to keep interview questions within the confines of professional experience and accolades and allow the personal relationships to develop once you’re coworkers.

In addition to the process moving faster, there’s also a lot more applicants to positions in the U.S. Combined with the American tendency to oversell themselves, this leads to the need to sort through a lot of unqualified candidates. Be ready to either dedicate more resources to the hiring process or use a recruitment company in order to combat this.

Cold Calling is Not As Effective

Be ready to deal with more rejection and non-answers than usual if you try to cold call in the U.S. The U.S. is incredibly oversaturated and overexposed to cold calling tactics, so getting sent to voicemail is much more common. Targeted emails, in my experience, are a more effective tactic. Since email is the preferred communication tool in the U.S., targeted mass emailing can be efficient and effective to reach a large client base as long as it is specific to the client.

Everybody cringes and pulls back when they hear the words “micro management” but in reality, it is helpful for new hires to have more hands on managers and structured scheduling than you may be used to giving European newbies. Americans, especially recent graduates, benefit tremendously from having clear tasks and set expectations along with a little more one-on-one time with managers.

Providing a mapped out plan for the development of new hires is very much appreciated and helps quell any anxiety they might have. It allows them to check their progress and compare how they are doing versus how they should be doing. In Europe, students are given much more free study time whereas the American system has a rigid structure so new American hires, especially recent graduates, might not be used to working on their own as much as a new European hire.

Regular one-on-one training sessions help keep American hires on track in their development and confident in their abilities.

The points above are what I’ve found through expanding Usabilla’s offices into America. I’ve become a liaison between the two offices in Amsterdam and NYC and have gotten to see a great deal of growth since we opened our NYC office. With every business, there will be different challenges, but as long as you keep an open mind, I have found that you can most certainly achieve success in the American territory.

Roel Jansen is the Chief Commercial Officer at Usabilla. Usabilla helps brands like The Economist, HP, Careerbuilder, Lufthansa, Hilton Hotels and Capital One to optimize their websites, apps and emails with live user feedback. Over 20,000 professionals worldwide use their Voice of Customer solutions to improve user experience, increase conversions and boost customer satisfaction.