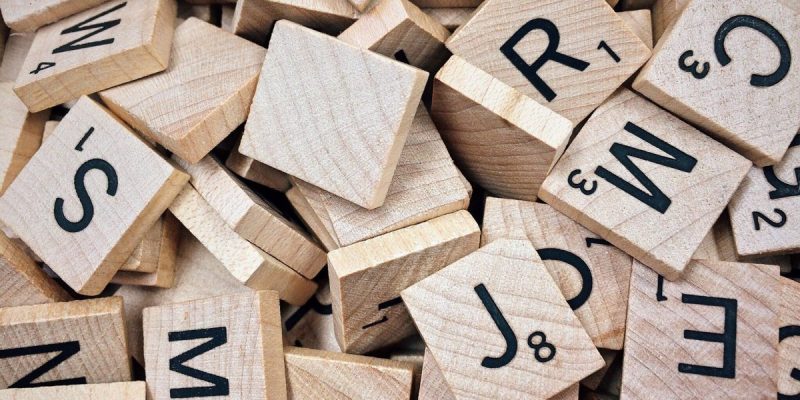 We all use buzzwords. They can help sell products, make a dull conversation interesting, add spice to your emails — you name it.

However, sales buzzwords often detract from the conversation instead of providing value. Some words have become so overused, we’re rolling our eyes just thinking about them.

If you find yourself using sales buzzwords too frequently, think about what you’re trying to convey to the person you’re speaking with. Figure out how you can be more direct and cut out what may be considered fluff.

We asked a select group of sales leaders and reps what the most annoying sales buzzwords are in their opinion – here are the results:

“Leverage is an old school word that conjures images of burly men working hard to put pressure on a lever in order to move some big and cumbersome object. It is weighted with conflict. If you want your customers to feel good about working with you or your product, find a way to say the same thing with more positive, light and nimble connotation; maybe ‘Influence’ or ‘get an edge.'”

“Touch base” is an overused metaphor for those who have gotten tired of “checking in”. It should be avoided as there is little substance to this trite phrase.

“Two buzzwords that needs to go are “sexy,” and “hot” when describing software or any type of technology. It’s not acceptable for members of a modern sales team to speak like that. To quote the author, Kat Hagan, “By sexualizing something that does not need to be sexualized, you’re creating a college-frat-boy type environment, as well as implicitly conflating quality with sexual attractiveness.”

“To me, this is an oxymoron and I don’t like when companies have this as an option or use it as a term. Something is either free or it isn’t, and it’s definitely not zero cost at a premium variety. Just stop with freemium.”

“Too often I have been told something was going to be a quick win when in reality I knew that it was going to take a while in order to see a return. I think quick wins also devalue products at times. More often than not you’re not in it for the quick win but the sustain winning that something will provide you with.”

“Circle-back is vague language that tries to assure someone you’re selling to that you’ll come back to something later, but you want to stay on track with your agenda. To be fair any good salesperson is going to do this often so that they can control the conversation in a non-confrontational way. The problem is that we should actually go back and address those concerns later and we rarely do if the words “can we circle back on that later,” are ever used. Rather than circle-back say, “I’m writing that down so we can come back to it later.” Much more likely to actually follow through if that’s what we’re saying.”

“The last big corporation I worked for was inundated with buzzwords. A lot of them didn’t make sense in the context they were used, or were simply fillers. Streamline was used more frequently than most!”

“This buzzword is extremely annoying in the sense that it is used in the sales realm. The thought behind synergy is companies or people can produce greater results if they work together. However in the sales realm synergy is used more as “we need to get along and have better synergy.” This of course isn’t the right use.”

“It’s a bad word. We’ve had to use it at our company way too many times. It’s internally banned as far as our PR department is concerned, but in the early days we would use it for every tech company we’d work with. Everybody in tech is “revolutionizing” something. Makes you wonder – is anything NOT being revolutionized?”

“In my experience, some of the most overused buzzwords in technology sales are “innovative, driving (i.e “driving growth”), and game changer.” These words are cliches and don’t do an effective job of conveying what makes a product unique or different from the competition.”

“I’m guilty of this one. It’s pretty stupid when you think about it – would you sell an insecure solution, and would anyone buy it? Car salesmen don’t brag that the wheels are ‘secured’ to the vehicle, and that’s probably how we should be looking at this by now.”

“This one just becomes over used. It may be popular in older generations, but its a weak term and is related to people who actually have real disabilities (mentally challenged, physically challenged… but I’m tech challenged because I can’t use my $600 iPhone).”

“Gives impression you’re trying to trick them into buying more. How about expansion? Much better way to say they are paying you more because they are getting value. Trusted advisor. Everyone knows you need to know your stuff to be respected and now customers have access to tons of info online. You need to be an expert or you’re not adding value. Always be closing. Stick to always be helping/serving – you build trust and people enjoy buying from you so they stick around.”

At the End of the Day

“In my experience this is the single most annoying phrase used by sales reps. I’ve seen it used by team leaders, reps on the phone (multiple times per call) and even in chatting with other reps in between phone calls.  And comments like this to try and get the sale: “Doc, at the end of the day, what’s the worst case scenario? I’m going to send you 30 patients next month.”

“Salespeople need to stop using this over-used term.  No buyer wants to hear about your value prop or hear you say that phrase.  In many cases, it sounds like you’re trying to sound smarter than you really are or you’re trying to trick your prospect.  Instead, you will make a much better connection if you simply talk about the problems your products or services solve in terms that are relevant for your prospect.”

“For obvious reasons this term is played out. This term seems to come with the sales “handbook” to selling in Technology. If you are the industry leader then great. Substantiate, and move on. If you cannot substantiate then you best not be using the term.”

“This word is completely watered down due to overuse by tech companies and sales professionals.  There is absolutely no value in saying it. It is what I like to call a “filler” word which brings no value, credibility or trust to the conversation.”

“Every product should be intuitive, i.e should create a positive user experience. This is nothing to brag about. It’s the bare minimum that you can do for your customers. It’s like describing your product as ‘usable’.”

As soon as a sales rep says it once, I guarantee they will say it at least two more times. Sales pros use this buzzword when they want to sound like experts in their field, but honestly, have no idea what their product does.