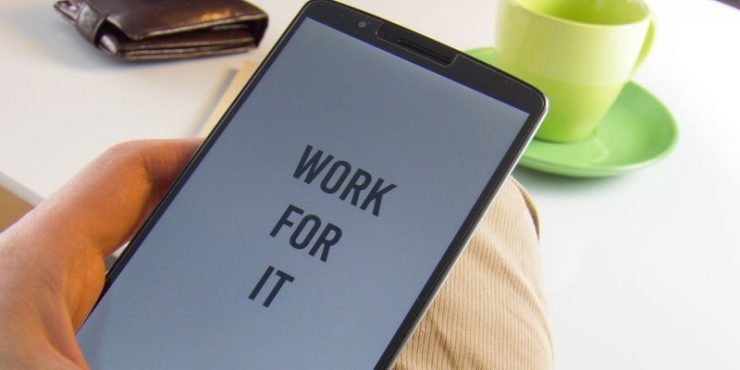 By nature, sales representatives are an ambitious, competitive group. They want to constantly improve, be the best at what they do, and advance in their careers. Sales managers can harness these ambitions by instituting sales contests. Competition pushes participants to do their best and reach new heights.

Humans are wired for gamification, and many sales departments have seen benefits from using contests. Here are 5 sales contest ideas to help motivate your sales force:

Contests linked to a special event

Make contests a regular feature in your department by linking them to certain events. This can be as simple as holding a contest on the last day of the month, when everyone is anxious about meeting end-of-the-month sales quotas. If you want to get a little more elaborate, tie contests to a major event in sports or pop culture. Use the release of a new Marvel movie as an occasion for a contest, or hold a sports themed contest for something like March Madness or another current event. Contests can be announced ahead of time to build anticipation.

Contests that last for a finite time period can be effective because they ramp up productivity during that time while maintaining an atmosphere of friendly competition. A contest provides variation in everyday work routines, prompting sales representative to renew their excitement for their jobs and do their best work.

For contests that last over a longer time period, consider doing bracket-style matchups to mimic sports leagues and keep the competition going. People are oftentimes highly motivated to do well in one-on-one match-ups. Send updates on contest standings on a daily basis so that the motivation to perform remains consistent.

Contests oriented towards a goal

While many sales contests use total sales as the primary metric for success, there are actually many different possible goals for a contest. Making a contest out of important, sometimes not-so-enjoyable, tasks motivates sales representatives to take action. Examples for possible contests include:

You can even allow sales representatives to set their own goals for a contest. Break them up in small groups and have them determine what they will be working on. This allows SDRs to honestly assess their performance and work on their weaknesses from their own initiative.

When sales representatives are motivated to perform these tasks, sales naturally follow. This activity useful for training less experienced sales reps in critical skills, and may be less daunting to them than a contest based on sales figures alone. Even if the contest is only short-term, effectively trains SDRs to perform behaviors that lead to strong performance year-round.

Sales isn’t a solo affair, so sales contests don’t have to be, either. To foster team spirit and encourage employees to learn from one another, consider breaking your team up into pairs or small teams for contests. This encourages them to pool their knowledge and collaborate when solving problems such as a difficult sale. Team contests also encourage the development of positive company culture, which is critical for employee success and retention.

One effective method is to pair less experienced or low-performing SDRs with your very best sales representatives. Mentorship is critical for long-term success in sales. When both mentors and mentees feel that they have a stake in the relationship, it is more likely to be a fruitful one.

Nobody wants to be the weak link of a team, so this method can inspire lower-performing team members to up their game. Thanks to the structure of a team contest and support from team members, these SDRs can become more effective at their jobs.

If you’re doing a team contest, the reward should also be team-based. For example, you might award the winning team with dinner at a great restaurant or tickets to a baseball game. The shared outing will further the development of team culture.

Nothing shakes up a workday quite like a surprise contest. When a contest is announced in the morning, suddenly the workday ahead becomes fresh and exciting. Many sales managers find that it is effective to announce a surprise contest on Fridays, when everyone just wants to leave early. (Alternatively, a contest at the beginning of the week can lighten the Monday/Tuesday blues.)

One-day contests create urgency. When done correctly, they motivate sales representatives for a short period of time without causing contest burnout. To keep things extra-motivating, use a range of different prizes. People are motivated by different things, and variety generally ups the ante.

Good prizes for contests include old-standbys like movie tickets, gift certificate, and luxury food/drink items. But don’t overlook work-related rewards, such as time off or permission to leave early on Fridays. Many career-minded SDRs will also appreciate rewards that assist career development, such as the opportunity to have lunch with a high-ranking executive.

Competing with others is motivating, but so can competing against oneself. Have sales representatives set goals for themselves that exceed their personal bests. Set up visual markers so that everyone can easily track their own progress. If someone is lagging behind, other team members can provide them with guidance and encouragement.

A few words of caution about sales contests: There is such a thing as contest burnout. Trying to hold too many contests at once, or too closely together, will dilute the effects. But when utilized thoughtfully, contests are a wonderful tool to motivate your sales force and achieve success. Get creative, and use these sales contest ideas to achieve goals.