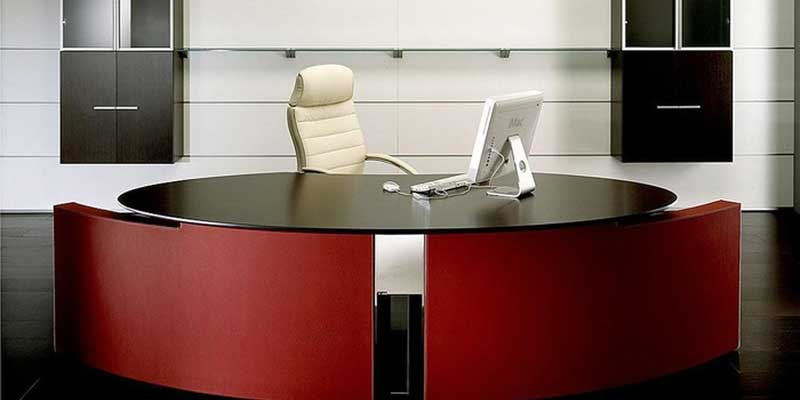 Congratulations on your new role as VP of Sales! Once the compensation package is signed and you’ve finished celebrating, it’s time to get down to business.

Given the cost of hiring and compensating a VP of Sales, the decision by a startup to hire a new sales leader signals a new chapter of growth. As most folks who have been in this role know, it’s one of the most demanding and stressful roles in a startup. Typically, startup VP of Sales have limited resources, unlimited responsibilities, and a singular number that executives and the board is evaluating them by. The average tenure for a VP of sales is only in the 24-32 month range, with some estimates as low as 18 months. For a member of the executive suite, that’s very low.

The main determinant of success is in the first 90 days. In this period, the team in which you inherit is actually determining between “organ rejection” or follow this leader into battle. From our learnings working with senior executives, here is the 30-60-90 day guide to set you up to succeed:

During the first thirty days of your tenure, you shouldn’t try to implement major changes. Without internal-buy in, significant changes have a high chance of failure. Plus, you don’t yet know enough about the department to propose the right changes. This is a time for learning.

1) Get to know the people

Use this time to get a feel for the department’s environment, build rapport with the team, and develop a comprehensive understanding of how the team operates.

Do your best to meet with all of your direct reports as well as other department heads. Don’t simply focus on learning the processes — focus on establishing personal connections. This will help you build trust and get acquainted with the company culture and every individual’s’ personal pain points and motivation.

The current sales representatives will have insights about products and customers that you don’t. Displaying humility will go a long way towards earning their trust. Show your sales team that you’re willing to get into the trenches by joining in on sales calls and helping close deals once you ramp up on the sales process. Don’t be shy about helping “take out the garbage” to show them you’re a team player. There’s nothing like a good old-fashioned leading by example.

Pay particular attention to your executives, managers and fellow department heads. Ask for their opinion on what’s the highest priorities in the organization so you can understand where the alignment and disconnects are amongst the leadership team. Refrain from making judgment calls too early and focus on data and opinion collection of the status quo.

3) Get to know the sales process

Assess the sales department’s success on both a large and small scale. Review historical and current data about the pipeline’s performance. You also want to delve into the specifics of team pipeline and individual performance metrics, including CRM usage.

It’s okay to discuss a few changes during the first month but focus on things that won’t cause significant disruptions. Solicit feedback from other executives on any ideas you are developing, but make sure you are open to changing course and recognizing you’re still learning.

Now it’s time to start working on building a long-term vision for the sales team while knocking out a few, easy wins.

While you’re devising plans, consult with sales representatives at every step. Their reactions are critical for determining how you will go about implementing change. If you’re planning a major initiative, it’s helpful to have other members of the sales team advocate for your plans. Build champions and trust by involving them in your plan design so they feel a personal connection with the ultimate changes.

2) Ensure that executives are on board

Make sure that your executives are on board with your long-term vision for the department. Listening to their suggestions and incorporating their feedback will do much to establish unity and alignment with their vision.

Set long-term goals that are mutually agreed upon. All executives should sign off on the plan documents. In the event that one member of the team is resistant, rely upon your allies and move some of those conversations to one-on-one’s to better understand the root cause of the disagreement.

Throughout your second month, you should continue to lead by example and earn credibility in the eyes of the sales team. But more of your time should now be spent on strategic planning and organizational design.

This is the time to take on one or two initiatives. You should try to choose initiatives that you think you can accomplish relatively quickly. Early successes will be huge in establishing your credibility with the entire sales team. HubSpot recommends going after “quick wins” such as increasing the visibility of your sales pipeline.

You’ve established plans and built rapport — now it’s time to execute it. This is the time to start making larger changes in strategy and processes.

Before you implement changes, establish the key metrics you will be tracking in order to measure the success of your plan. In some cases, you may also want to define the metrics that you want to monitor in case the plan doesn’t go well so you can limit the downside risk as well.

Once the new strategies are implemented, closely monitor your goal metrics quantitatively and qualitatively. If something isn’t working, it is okay to make appropriate adjustments. Stubbornly sticking to a bad plan is not an indicator of strong leadership. Being able to calibrate in response to an experiment not working demonstrates adaptability and maturity. Make sure you report your progress and loop in your executives so they understand the evolution of the plan they signed off on.

2) Delegate tasks according to the strengths of your team

Now that you have a rapport with the sales team and a better idea of where individuals’ strengths lie, you’re in a position to delegate effectively. Even if your team is relatively small, it is still important to delegate to provide growth opportunities and provide you leverage. Before dishing out responsibilities, make sure you check with individuals first to see if they have an interest in taking on what you had in mind for them. The perfect assignment is one that aligns their strengths as well as their interest.

3) Continue to build consensus and listen to feedback

Losing executive buy-in can be a major blow at this stage in the game. Make sure to over-communicate and keep everyone on board with your game plan. Check in with your team members regularly. Make sure you dig into any emerging concerns on how you are prioritizing your time and efforts.

You don’t need to be the one that came up with every brilliant idea. So carry strong opinions loosely and be open to feedback. Ultimately, having a whole team running in the right direction that everyone believes in is better than you being right about your opinions.

As you gain momentum on your execution, start tackling more ambitious initiatives. Since you’ve taken an incremental approach to building trust, credibility and success, you will be more likely to succeed in orchestrating change.

Your first 90 days as the new VP of Sales is a crucial time period to set the tone for your tenure at the company. How you build trust and credibility with your direct reports as well as your executive team will determine whether you ultimately have the firepower to impact the macro changes you want to make in the organization.

In early stage startups, executives may lean heavily on you to build and create new processes while growth stage companies are looking for you to create consistency and predictability through managing to a playbook. Either way, don’t take shortcuts in getting to know your colleagues, earning credibility through fighting in the trenches, and prioritizing quick wins first. Hopefully, this game plan can help you make a smooth transition into a new organization and set you up to succeed for the long term.