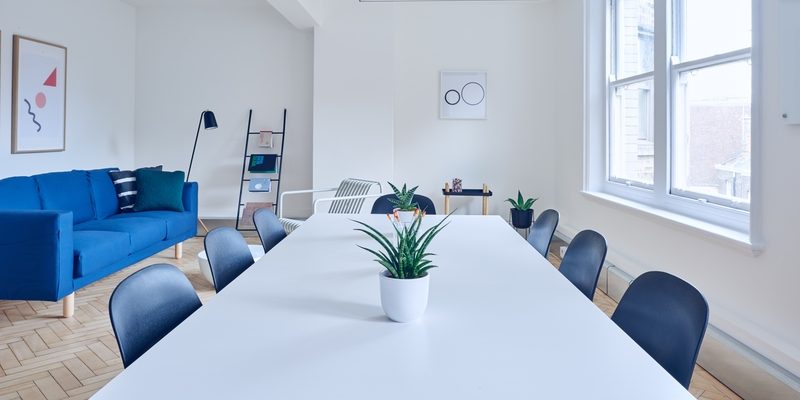 6 Easy Ways to Look for Intangible Qualities While Interviewing

Salespeople love numbers, period. So why is it that sales leaders often credit their gut when determining if someone will be a great hire? We interview salespeople differently depending on role, experience and skillset, but how do we read in between the lines of a resume?

I’ve worked with startups of all stages to help build out their sales teams and over the years, and have boiled down 6 easy ways to look for intangible qualities while interviewing.

Did this person show up on time? Were they polished? Did they stand up to shake your hand? These things may seem a bit simplistic, but I can’t stress their importance enough. It doesn’t matter if you’re hiring an SDR or an Enterprise Field rep with 20 years of sales experience. An interview is the first place this person can demonstrate how they will interact with customers and how they will represent your company.

If this person can’t show up on time to an interview (that has likely been on their calendar for at least 3 days), do you trust them to be on time for an important customer call or board meeting? Anyone who played sports growing up has probably heard the phrase: “Early is on time, on time is late, and late is unacceptable.” If you want a good laugh, check out Brent Beshore’s Forbes article for a full breakdown of this golden rule.

Does this person talk about how successful they were? At the risk of diving down the semantics rabbit-hole too far, this is my most tried and true test to know how someone will be as an employee, especially an early member of the team. When they talk about success, do they mention what they did as an individual, or do they use terms like “We” and “Our” when describing their experiences? Lack of humility is often times a salesperson’s downfall.

The ability to look back on situations and understand what worked and why and more importantly, what didn’t work and why, is what will make or break an organization in its early stages. Startups are where lone wolf sales reps go to miss quota. If this person can’t work hand in hand with the entire team (which oftentimes is less than 20 people), then they’re preparing to fail. More on this mindset in point 4.

3. Did they take risks early on?

Have they worked at a startup that failed? AWESOME! Did they move across the country to a city they’d never been to before? GREAT! Look for identifiers like these to determine how eager these folks will be to jump into the weeds of your company. Startups are messy and complicated and not built for the faint of heart. If this person isn’t willing to take a call with Johnson & Johnson in the morning and fix the printer in the afternoon, they should look at larger companies. Try to understand why they made the choices that they did early on in life and what motivates them. If you find that they’re asking a lot of questions about internal processes or new hire training, maybe an early stage startup isn’t right. It’s important to be honest about what they should expect when they walk in, and if they’re not excited by the bigger picture, be confident in your decision to part ways.

When someone is talking about why their previous startup failed, do they own it? Do they harp on how the product wasn’t strong enough or that the customers were too difficult? Or do they take responsibility for what they could have done better and their takeaways from the experience? How do they explain the failure? One of the most toxic things for a sales organization is someone who looks for a scapegoat. This goes back to point 2 regarding “We” vs. “I” … listen for “They”… if the candidate talks down about the buyer or customer, this should be an automatic red flag. Were they able to put themselves in the customer’s shoes and understand their pain points?

More often than not, the best salespeople are stronger listeners than they are sellers. It’s true, every vertical has its own set of challenges, but blaming customers is never the answer. Instead, you want someone who is able to speak to how they were able to adjust when customers were pushing back or providing critical feedback. Were they able to go back to the product team and work with them to change what needed to be fixed? Interview tip: if you notice someone doing this, bring attention to it! It’s entirely possible that they don’t even realize that they’re blaming others. This is also a great way to see how coachable they are. If they’re able to adapt and pivot after the feedback, awesome! If they’re not, be ready to part ways.

Be careful with this one, because sometimes, it genuinely does depend on the situation or how things played out. But as a good rule of thumb, pay close attention to qualifiers like this. In short, “It depends” is a cop-out. It’s a simplistic way to not take ownership of an assertion, and at a startup, you need people who are willing to draw on their experiences to make decisions. Stronger qualifiers in a scenario like this would be, “I’ve seen success with X,” or “When we tried Y, it didn’t work out, so instead the best option was Z,” or even, “From my experience.” Think about how this person will sound on the phone with customers. Do you want someone who will be direct and transparent, or give half-baked answers?

I can name dozens of times that I have watched incredibly qualified and talented candidates get passed on because of their thank you email (or worse, lack thereof). Thank you emails speak volumes about a person and what kind of hire they will be. When did they send the follow up thank you? Typically, 24 hours is more than enough time to get a thoughtful email out. When someone waits to send a thank you email past 24 hours, it typically signals 2 things. 1) lack of organization and thoughtfulness, and 2) disinterest in the role.

Other things to be aware of: Did this person send a bulk email to everyone on the team they met? Not very thoughtful. They likely had very different conversations with each member of the team and those things should be noted as take-aways. Which brings me to my next point. If this person wrote a canned “Thank you for your time” email with no tangible takeaways, are you convinced they actually want to be there?

Salespeople are usually very strong interviewers and they’re typically very good at selling the one product they know best– themselves. With the help of these 6 tips, you’ll be able to watch for key identifiers that determine whether or not someone has what it takes to be a successful early member of your team.

Alexandra is the VP of Partnerships at CloserIQ and the Executive Director of WISE. Previously, she was the Director of Talent at Bowery Capital.