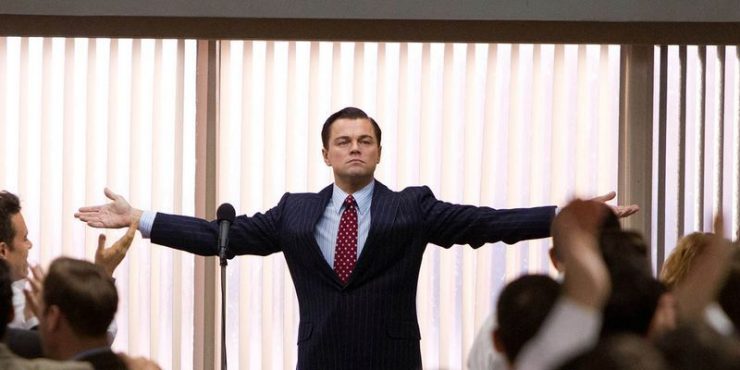 14 Motivational Videos for Your Sales Team

While we’d all love to show up to work every single day ready to conquer the world, it’s not always a reality. Sales is a tough job, and you and your team will inevitably experience periods of low energy and discouragement.

When either you or your sales team need a boost, check out some of these motivational videos:

1. You Were Born for This (Miracle)

The 1980 USA Men’s Olympic Hockey Gold Medal victory is considered one of the most iconic sporting events in US history. In game 1 of the medal round, a team of college students from various backgrounds came together to beat The Soviet Union, a team of professionals that pretty much dominated for the previous 30 years. This historic win shows that anyone can achieve success, even against incredible odds. Here’s the speech Herb Brooks (played by Kurt Russell) gave before the game.

Pessimism can be infectious—and highly damaging to sales. In this four-minute video, entrepreneur Gary Vaynerchuk debunks the impulse to be angry and pessimistic not through platitudes, but in his characteristically blunt style. Vaynerchuk invites his audience to get on the “offense of positivity,” an essential skill for a sales representative. Sales representatives who are positive and helpful make more sales, and Vaynerchuk’s motivational speech will help them to get into that state of mind.

For those Monday mornings when your or your team are looking a little bleary-eyed, play this one-minute motivational video from Shia LaBeouf. LaBeouf’s message is a simple one that all sales representatives need to hear at times: Don’t give up, just do it. His funny and enthusiastic delivery sets this video apart from other renditions of this message.

Although Shia LaBeouf already covered their slogan “Just Do It”, Nike put out an intense series of motivational ads about the hard work needed everyday to achieve greatness. These videos show that everyone can achieve greatness, every day of their lives. After watching this, making that next cold call hardly seems an insurmountable task.

Motivational speeches can be more inspiring when they come from the mouth of a hilarious child. In this short pep talk, Kid President (Robby Novak) gives sage advice about the importance of persistence in the state of adversity. This video is effective because it communicates a timeless message of hope and inspiration in a fun way. Consequently, Kid President encourages viewers to “Create something that will help make the world awesome.”

Nobody knows how to sell a product quite like Don Draper. In this clip from Mad Men, Don pitches Kodak on his ad campaign. Charged with creating a campaign for a device that creates a slideshow, Don instinctively understands that he’s not really selling technology. He’s selling nostalgia, and the ability to relive happier times. This basic principle of selling—emphasizing feelings and needs, not features—is something that every sales representative should understand. This clip illustrates the point beautifully.

Few teams in professional sports history have lost quite as much as the Chicago Cubs, who failed to win a World Series for 108 straight years. In this short clip, you can relive the moment of their 2016 victory—a poignant reminder that past failures don’t necessarilly impede future success.

For a stressed sales representative, a deal that doesn’t go through can feel like a gut punch. Some people may question their self-worth, and whether they’re cut out for sales at all. This video presents a strong antidote to that feeling by point out the many successful people who failed hard before they succeed. Lucille Ball was dismissed from drama school, Michael Jordan was cut from his high school basketball team, Abraham Lincoln lost eight elections, etc. This inspiring video is just over a minute long and will inspire you and your team to follow in the example of such luminaries who faced adversity.

9. Cold-calling (The Pursuit of Happyness)

It can be hard to get excited about the prospect of making cold calls. In this clip from the 2006 movie The Pursuit of Happyness, Will Smith as Chris Gardner shows how to get it done with enthusiasm. Chris’ go-getter attitude and willingness to do whatever it takes to get the job done should inspire anyone with a goal.

Failure is common in sales, but that doesn’t make it any less disheartening. If you suspect that some of your sales representatives are reeling from a deal that didn’t go through, play this 30-second commercial with basketball great Michael Jordan. Jordan is known as the best NBA player of all time, winning six championships with the Chicago Bulls. But as this commercial reveals, Jordan has had his fair share of failures, too. Show your team how to be like Mike when it comes to bouncing back from failure.

In this clip from the 2000 movie Boiler Room, Chris Varick (Vin Diesel) lands his first sale with bang. Your sales representatives will enjoy watching Varick deftly work a prospect over the phone, although they probably won’t want to emulate his aggressive tactics entirely.

12. Hello My Name is Inigo Montoya (The Princess Bride)

Inspire your team with one of the most iconic scenes in cinematic history. In this clip from the classic 1987 movie The Princess Bride, Inigo Montoya (Mandy Patinkin) gets revenge on his father’s killer just as it seems that all hope is lost. A good sword fight is always exhilarating, and this scene can encourage you to stand up and aim for their goals even when things look bleak.

You may not have time for a two-hour movie viewing, but you can play this famous speech from the 1999 football movie Any Given Sunday. Al Pacino, in his role as football coach Tony D’Amato, will encourage your team to give their all as a team in pursuit of a common goal.

14. Inside the mind of a master procrastinator (Ted Talks)

Finally, blogger Tim Urban gives a funny and inspiring 14 minute talk about why we procrastinate. Urban explains how rational decision-making can be overwhelmed by our need for instant gratification. The work only happens when panic sets in because of a looming deadline. If there is no deadline, procrastination can prevent us from living our lives to the fullest, but Urban insists that we can learn to take the right steps to get in gear and create the life we want before we run out of time. With over three million views, it’s not only procrastinators who can be inspired by this video.

These motivational videos offer a powerful counter to feelings that often follow day-to-day setbacks. Hopefully, one or more of these videos can help you or your team to go after the big wins. Even in the face of adversity.