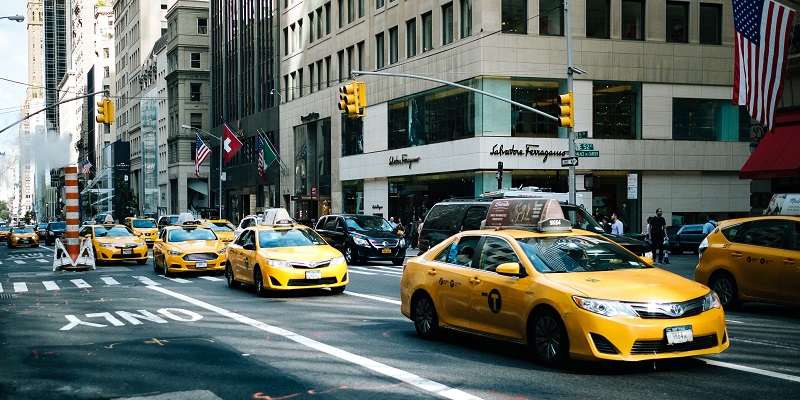 Building an American Sales Team at an International Company

At Leverton I’ve had the opportunity to participate in an exciting project: establishing a satellite North American office for a company that’s already enjoyed success in Europe.

For the past three years, Leverton has grown from a single location in Berlin (now our headquarters with more than 60 employees) to include a satellite office in London. We’re continuing to push that growth into the North American market, with six employees working out of our New York office. When I came on board earlier this year, I was only the second employee in NYC.

This experience has taught me a lot about getting an American branch of a business off the ground. Here are the key lessons I’ve learned so far.

Setting Up a Satellite Office: Your First Employees

When Leverton was first expanding into the Americas, a recruiter contacted my current MD who has a lot of general business and operational experience. In those early days, he could really act as a jack of all trades and served as a mini CEO for our company here in America.

Leverton reached out to me about a year afterwards. At that point the organization was ready to start focusing on sales. Since I come from a software sales background, that was the role for me. Currently, our employees in the Americas are in sales, marketing and operations, though that will change in the future.

For me, it’s been very exciting to have the opportunity to join in at the beginning. There’s the excitement of a startup environment, yet we’re a part of an organization with an established record of success.

When I first came on, I visited the Berlin office for a week. It was a great experience that I’d highly recommend to anyone in a similar position. While in Germany I learned a lot about the product, but the greatest value I garnered was definitely the relationships I developed. Since the bulk of our employees are in Germany, having those relationships in place is critical to our success here in the Americas. I recommend sending American employees to visit the international headquarters early on in their tenure.

Challenges of Being a Satellite Office

There are certain challenges that arise when you’re working at a satellite branch of an international company. Although our headquarters grants our office a great deal of autonomy, we still consult with employees in Germany regularly. And since there’s a time difference, this can be difficult. Sometimes we need to make a time-sensitive decision and it’s tough when Germany is sleeping!

Since our Americas team is heavy on sales and marketing, we are still heavily reliant on the German team for operational support. This is where it really helps to have established relationships with the German team; I’m not just a disembodied voice on the phone.

One of our primary challenges was apparent from the beginning: it’s difficult to attract top talent in a market where your brand has no presence. However, we addressed this issue by working with skilled recruiters to help us present a more attractive prospect for employment to higher-quality leads than we would otherwise be able to garner.  In the future, we expand our existing team with the help of this recruiter.

Leverton’s headquarters in Germany understands that there are cultural differences between Europe and America that affects how we do business. I think the prevailing stereotype is that Americans are more “rash” and faster to make decisions than our European counterparts, but I’m not so sure this is entirely true.  Even in the U.S., we still can expect a sales cycle from three to six months. In my first three months, we’ve closed some big deals but I expect even bigger ones in the future.

Strategizing for Sales in the Long Term

In America we’re currently focusing on building momentum for our business, while also generating a steady revenue stream. From my previous work experiences, I’ve learned the value of bringing a few large, notable clients on board early on. This is important not only because of the revenue, but also because big clients build momentum for the entire business.

My personal approach to sales is not to come off as super “salesy.”  Alternatively I like to be practical about what our product can and can’t do for clients and work to build trust. Once you develop a relationship, that client can act as an advocate for your brand and everything starts to come together. From there, revenue and profitability follow.

Many B2B and B2C companies have been successful by first building out its user base and then achieving profitability. Yelp was founded in 2004, but didn’t achieve profitability until ten years later. When you acquire users at a good rate, you will eventually generate the revenue you want to see.

Sometimes it can be challenging to manage a sales team at an early-stage company that isn’t yet generating revenue. As a manager, you have to paint a picture to early employees. Show them that their success is inherently tied to the company’s larger success.

Entering the American market presents significant opportunities for companies. By taking steps to integrate your satellite office with the international headquarters, you can create a foundation for success.

Joe is VP of Sales North America at Leverton. Leverton develops and applies disruptive deep learning technologies that empower corporations and investors to be more efficient and effective with their data & document management.