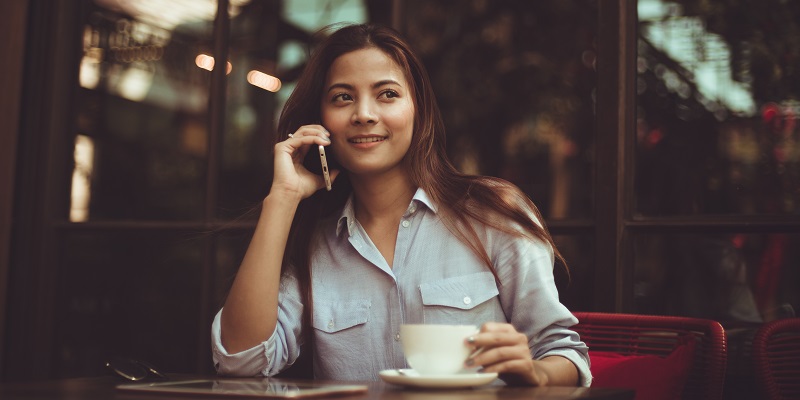 The Advantages of Being a Female Seller

Women in sales hear a lot about the disadvantages faced by women in this male-dominated field. But it’s important to remember that women in sales also enjoy several advantages.

At CloserIQ’s first Women in Sales Quarterly forum, three female sales leaders talked about their experiences. They explained that women in sales actually have several major advantages over their male counterparts. This includes emotional intelligence and the ability to provide fresh perspectives to companies.

Emotional intelligence is an asset in sales

While every individual is unique, many women excel at emotional intelligence—meaning that they are skilled at displaying empathy and navigating the complexities of interpersonal relationships. Micah Day, Sales Manager at The Muse, explained that in sales, this skill is an extremely valuable one. She said, “There are some characteristics that come to mind: overall emotional intelligence, empathy, active listening, the ability to multi-task, to build relationships.”

Day said that from an organizational standpoint, these skills are critical. However, she also emphasized that it isn’t necessarily a matter of gender determining personal qualities. She explained: “in my career, it was never a question of me being female versus the other males in the organization. It was simply Micah versus Micah. And I put my head down and I was always competing against myself. I try not to get caught up in the politics of man versus woman.”

Coaching other sales representatives is part of the job

Emotional intelligence isn’t just useful for direct sales. When managing and coaching others, these traits are very handy. Many women develop leadership and coaching skills in college—whether through sports, student government, or something else. When entering sales management, this skillset can be invaluable.

Kristina Wiig, VP of Sales at Stella Connect, discussed how her experiences playing Division 1 basketball and coaching sports for twenty years have shaped her as a leader. Wiig said, “I fundamentally believe that I’ve learned more in coaching young women. They’ve taught me how to show up and be present and connect and influence people. They have helped me to really understand that I want to be a sales manager and sales leader.”

Women shouldn’t fall into the trap of believing that stereotypically feminine traits aren’t useful in management positions. Empathy towards other people is an asset for sales managers.

Women can benefit sales organizations by providing a different perspective by virtue of having had different life experiences. This enables women to think about problems in different ways and raise ideas that might otherwise go unvoiced.

Melissa Finney, Director of Sales, East at Spotify, pointed to a lesson from the New England Patriots. Chris Hogan, the Patriots’ wide receiver who helped the team win the Super Bowl, actually began his collegiate career as a lacrosse player at Penn State. Only in his last year of college did Hogan begin playing football. Surprisingly, the skills Hogan brings from lacrosse have been valuable in football. Finney put it this way: “The lesson is, sometimes you hire a lacrosse player.”

Like a lacrosse player on a football team, a woman on a majority-male sales team can bring a fresh perspective and skillset to the job. This is particularly pertinent in the technology field, which is oftentimes very male dominated.

Wiig acknowledged that many men in technology have the bias that women aren’t “tech people.” She said, “If they’re men and they’re running a tech company or built the technology, they’re usually coming from a world where even in their own college there weren’t many women with them.”

This may feel daunting to some women. But as a result, a woman who joins a technology team has a fresh perspective on the technology—and every other aspect of the business. Women, after all, are users—and buyers—of technology. If technology companies are to sell to women effectively, they need the valuable perspectives of women team members.

Although being one of the few women on a sales team can feel scary, women should remember that they have certain advantages and are highly valuable to their companies.

For more insights from these sales leaders, watch the full presentation here.

Claire is a manager @ CloserIQ. She helps hire, train, grow, and manage a team of recruiters who are just as passionate about helping people navigate their careers. Previously, she was a Sales Fellow at Bowery Capital and a Publicity Assistant at Penguin Random House.