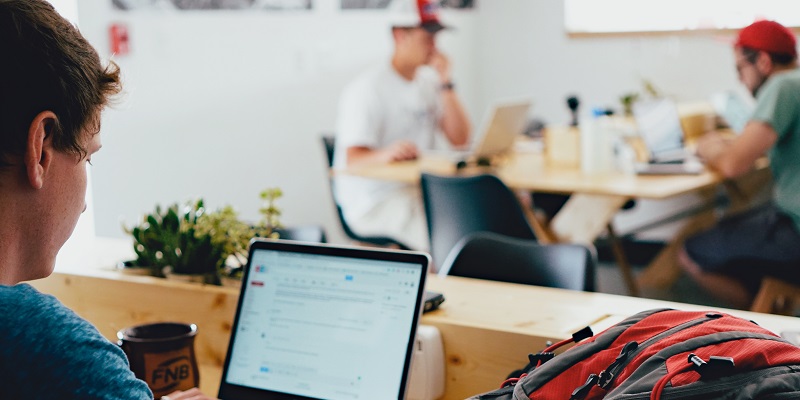 4 Ways to Motivate Your Sales Team

Growing a company is a team effort – but that won’t stop your sales and marketing teams from pointing fingers and blaming each other for your business’s revenue shortcomings.

In my career, I’ve managed sales departments at three companies, and I’ve consistently heard the same complaints at each of them. Salespeople don’t like the number or quality of the leads they’re receiving. They can’t control whether or not there’s been a disaster, or if it’s simply the wrong time to sell to a market.

There’s merit to most of these complaints, but if left unchecked, they threaten the productivity of your entire organization. Instead, it’s up to you to learn what it really takes to motivate a sales team.

(I’ll give you a hint – it isn’t setting higher quotas or incentivizing top performers.)

Love the Ones You’re With

Before we talk motivation, let’s cover retention. If your sales team is failing to hit quotas, you’ll probably find it tempting to throw in the towel and start fresh with a batch of new recruits.

Here’s why that’s a mistake:

Basically, turnover is expensive, and it’s hard to find good quality candidates in the first place. That’s why it’s better to get the most from your existing team members than to start from scratch. Here’s how to do it:

How to Motivate Your Salespeople

If you’re searching for information on the subject of motivating salespeople, you’ll find thousands of articles – and nearly all of them are going to give you the same suggestions.

They’ll tell you that you need to offer higher commissions, gamify your sales program or host internal competitions with motivating rewards. But in my experience, those things don’t really move the motivation needle because they’re expected. They’re “pay to play.”

Incorporate them into your sales strategy as a baseline, but use the tactics below as well to really get your team’s best efforts.

1. Get All Teams Involved

First and foremost, one of the best things you can do for your sales team is to increase buy-in and engagement with your company’s mission across all different departments. You have to get everyone together at the table.

In my past roles, growth really started to kick in when I was able to get marketing, sales, customer support and engineering together on the same page. I’m not 100% sure of the psychology behind this impact, but I believe it has something to do with the stronger relationships forged between team members.

Employees – salespeople included – won’t give you their best when they don’t feel supported. No one wants to feel isolated or undervalued in the workplace. Make sales a team function, and everybody comes out ahead.

2. Keep Salespeople in the Loop

Educated salespeople make more sales, but they don’t just need education on your products. They need to know what’s going on in your company as well in order to be effective.

So while you’re building inter-departmental relationships, step up your efforts to keep your salespeople in the loop regarding company changes. Let them know what’s going to happen in the future and what they can expect. Then, you can work together to remove the current and upcoming roadblocks in their way that limit their success.

3. Adjust Quotas Based on Market Needs

This is a big one. A lot of sales executives set quotas and then penalize everyone who doesn’t meet them. But sales quotas (or other objective metrics like them) need to be flexible.

Looking more closely, we realized that some of the leads we were receiving weren’t really leads at all. They needed to be prequalified and enriched with marketing data before going to a salesperson.

If we hadn’t realized that and we’d held quotas the same, we would have missed major opportunities to refine our lead qualification process. Adjusting based on increased volume would have been a major demotivating factor for our sales team, since the numbers on the paper didn’t accurately reflect the real opportunities in front of them.

4. Motivate Individuals and Teams Together

Before I left Single Grain, we had a team of three salespeople. We’d tried the “pay to play” motivational tactics I described above, but we really saw performance take off when we implemented a simple recognition scheme.

When one of the salespeople hit their quota or exceeded it, we’d take the whole team out for dinner and single out the person who’d met their goals.

That’s it. It sounds too simple to be impactful, but what we found was that making one person look good in front of their friends and peers made everyone want to be “that guy.” They all wanted to be the one who’d be publicly recognized among their peers.

This culture of recognition wound up being incredibly successful because, rather than pit salespeople against each other, the strategy let us motivate the individual, as well as the whole team.

These strategies may or may not work for your unique organization, but I’m confident they’ll do more for you than the tired advice about setting higher quotas or offering performance-based incentives.

Give them a try, and let me know how they work for your company by leaving me a comment here:

Sujan Patel is a partner at Ramp Ventures & co-founder Mailshake. He has over 15 years of marketing experience and has led the digital marketing strategy for companies like Salesforce, Mint, Intuit and many other Fortune 500 caliber companies.