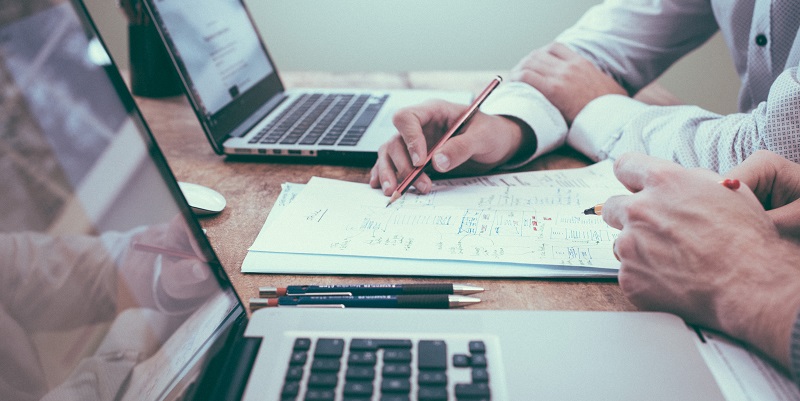 How to Identify Top Sales Talent by Their Resume

With an average of 250 resumes per opening, hiring managers face a major challenge: how to narrow down the list of candidates? In order to efficiently hire new sales talent, managers must learn how to quickly identify the best talent from resumes alone.

Here are ten things to look for to find great sales talent for your organization:

Sure, it’s basic, but the way candidates format their resumes reveals their professionalism. Highly capable sales candidates have resumes that are clearly organized, utilize standard resume format, and are free of spelling and grammatical errors. The summary at the top of the resume should be concise yet informative, demonstrating the candidate’s ability to synthesize information effectively. When you see a put-together resume, you can infer that the candidate pays attention to detail and cares about how they present to the professional world.

You want to hire candidates who contribute to your organization for years to come. Look closely at the candidate’s job history, which is the one part of a resume that can’t be faked. The best candidates usually have spent extensive time with past companies. Some short stints are justifiable, especially for younger candidates who are still figuring out what they want to do. But if a candidate consistently spends less than two years at a company, that’s a red flag. In some cases, it may be helpful to call the former employer so you can deduce the reason for the candidate’s departure. When it comes to voluntary departures after short stints, you need to figure out whether the candidate is willing to work through challenges with their employer or simply pursues an easier option by leaving.

The best sales talent is always on an upward trajectory. These candidates may receive promotions within their company, or they get hired at a better position elsewhere. Candidates that have a track record of progression are likely to do the same at your company. You should be wary of candidates that remain stagnant within their current role or simply make lateral moves between companies.

There are a lot of resume tricks out there, but sales numbers don’t lie. Top sales candidates will proudly broadcast their sales numbers on their resumes, including contextual information such as sales quotas and goals. Ideally, the resume should also provide a sense of the candidate’s performance relative to peers. Were they among the top performers at their organization? Candidates who are cagey about sales numbers (or who refuse to provide them altogether) may be trying to hide a less-than-stellar record.

If a candidate piques your interest but you’re not familiar with their prior companies, do some quick research. Many fantastic candidates come from under-the-radar companies. These candidates may well have experience with selling a product that is similar to yours in terms of either the product or sales process. Consider what kinds of customers and stakeholders they were reaching in the position. Even if it’s not the exact same type of product or service, there could be commonalities that will be useful at your company.

The best sales candidates know the industry lingo and can speak it fluently without trying too hard. Look for signs that the candidate understands basic terms such as ACV and QBRs and can use them correctly within the context of the resume. Even candidates new to sales should be able to use terminology if they’re truly among the top sales talent. That’s a good sign that the candidate is reading books and blogs about sales, attending conferences, and otherwise taking steps to become a genuine sales expert.

Although a resume that lacks specific details can indicate a candidate that’s short on substance, you should also be wary of candidates who use hyperbolic language to refer to themselves (such as “best ever salesperson” or “phenomenally skilled.”) Truly great performers don’t need that kind of verbiage to highlight their accomplishments. What’s more, this language may indicate a candidate who has a big ego and an inflated sense of their own achievements. You want an accomplished candidate who is self-aware enough to recognize the continual need for improvement.

Successful sales people usually win awards within their own department as well as outside of it. Look for candidates who list awards such as Presidents Club (which is awarded to top performers within an organization) and Salesperson of the Year/ Quarter. Outside awards are even more impressive, indicating that the candidate has gained respect from the general sales community.

Evaluating young candidates without extensive work experience can be tricky, but a careful perusal of the resume can still reveal whether the candidate has the character to succeed in sales. The best entry-level candidates list extracurricular activities that demonstrate drive and the willingness to assume leadership positions. Involvement in competitive team sports, leadership in extracurricular activities, and involvement in student government are all good signs that the candidate has the stuff for sales. This information can also help to contextualize candidates’ GPA and general educational achievements. The best sales performers don’t always have the highest GPAs in college, but there should be something about their record that proves drive.

10. Quality of the candidate’s references

The references candidates choose to list can oftentimes be one of the most revealing parts of the resume. References should be direct supervisors at previous positions. Although some candidates are reluctant to ask their current manager to serve as a reference, they should be able to list a co-worker who can speak to their performance in the position. References that are several degrees disconnected from professionals who can really attest to the candidates’ success should be seen as a red flag. What’s most important isn’t how famous the reference is, but how well they can speak to the candidate’s job performance.