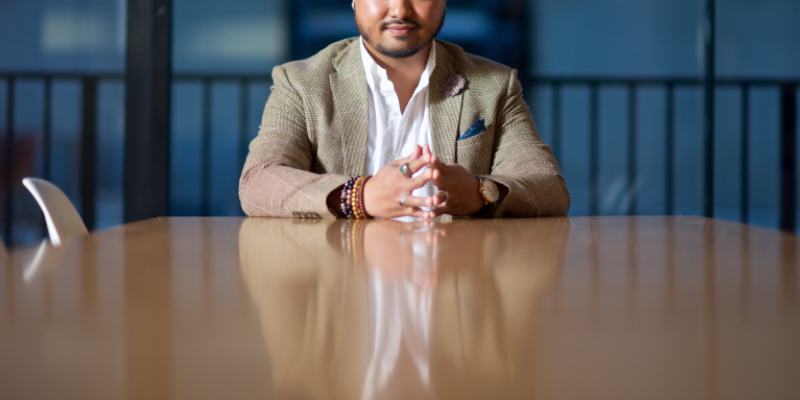 The Essential Qualities of an SDR in 2018

Lead generation is a tough job to hire for.

You’re recruiting people who will be at the forefront of your sales efforts -or those of your clients- and will lead the charge in attracting new customers. They will be the first person in the company to get in touch with a prospect so while it may be an entry level job for a lot of people, it doesn’t mean that you should hire anyone for it.

But what exactly are you looking for? That’s what I’m going to help you determine.

Essential Qualities of an SDR

A perfect blend of hard and soft skills, and the right mindset.

The daily lot of a typical Sales Development Representative (SDR) generally contains quite a few rejections. You want an SDR with a tough character, who’s not going to be afraid to get knocked down, and who will get back up every time and move on.

Persistence is a mindset.

A good salesperson, needs to be tough but they need to be able to listen and empathize with their prospect if they want a chance to build rapport and get the relationship moving further. Prospects don’t care about products and feature; they want to be heard about their problem.

SalesHacker found the optimal ratio to be 57% listening, 43% talking.

Being tough and strong doesn’t exclude being humble. The SDR works at the top of the funnel, which is absolutely crucial for the company. For this reason, it’s paramount that SDR’s are able to take criticism, reevaluate themselves and act as part of the team.

Some people are just naturals. They will sell anything to anyone. Most people, however, need to work hard to get good at something, which is why they need to be able to continuously improve themselves, whether they’re trained for it or not.

Some of the skills in this list must be acquired before allowing the SDR to get in touch with a customer, but some of them can be learned or taught. A good SDR is someone who you can train and who will train themselves to get better at what they do!

Also, there are a bunch of sales books that you can recommend to new recruits.

Empathy is important but so is confidence. Certain subjects need to be talked about frankly and approached firmly. If your potential SDR isn’t comfortable asking for a wage that they feel is fair, chances are they won’t be keen on asking a prospect to take an action or -when it comes to it- on naming a price and standing by it.

Sales confidence is not necessarily innate, but it can be acquired, even for introverts!

Most salespeople are obsessed about results and will be tempted to change the way they work as soon as they’re afraid they’re not going to hit target. Which leads to poor practices such as becoming more aggressive or discounting. You want someone who’s going to trust the process and refine it, not someone who’s going to throw it all away when the going gets tough.

You can only start getting better when you take responsibility for your actions and you’re ready to clean up your own mess. Someone who’s accountable will not blame the other SDR’s or departments for their failures and will work harder to be responsible for their own success, and that of the company.

Since it’s a tough job, you want to hire an SDR who will stay the course. And for that, being mentally strong is not enough, you need people who know what they want and where they’re going. If they have ambition and a plan for themselves, you’ll find them to be much more willing to put in the hours and the smarts to get the job done.

You’re not looking for a developer/tech person here, but for someone who isn’t afraid to use technology in order to boost productivity. Someone who can build themself a sales stack and make it as automated as possible so they can spend time on high value-added activities, and not on manual tasks.

For example, Jack Kosakowski, a major influencer in social selling strongly advocates the use of tools in order to save time.

Finally, as SDR expert and coach Morgan J. Ingram puts it: “If you don’t schedule your life, your life will schedule you”.

Structure and discipline are paramount if an SDR wants to crush quota and rise through the ranks. You need someone who can set a schedule, stick to it and reevaluate it on a regular basis. The key is to block off time and shut out distractions to execute high value activities.

Top candidates and where to find them

Let’s be clear, finding great SDR’s is hard. But it doesn’t mean you can’t find them and bring them in. Don’t wait for them to come for an interview, start looking in the right places!

LinkedIn is all the rage these days and for good reason: it gives a chance to people to connect on a personal level through exchange of value, with a social kick!

Sometimes it’s good to step out of the office. If you want to meet hungry and motivated people, attend conferences and sales meetups in your city.

Feel free to ask people out on coffee meetings, even if you’re not planning on hiring them -or not right away. It builds great connections and you become top of mind for these people.

Skills are often easy to assess through tests but it’s way more complicated to evaluate whether someone will fit right into company culture, which, for us at Prospect.io, is as important as the job we’re doing.

This is where communication is important and where you need to be open about where you stand, even if it means that it might not be a match with your new potential recruit, because you don’t want to compromise company culture for revenue. It might be positive on the short term but you might regret this over time.

Keep your ear to the ground.

As content marketer, Forster gathers sales data at Prospect.io in order to deliver powerful and insightful advice to salespeople. Check out his Top 10 Cold Email Templates Based on 3,327,652 Emails Sent! and connect with him on LinkedIn!