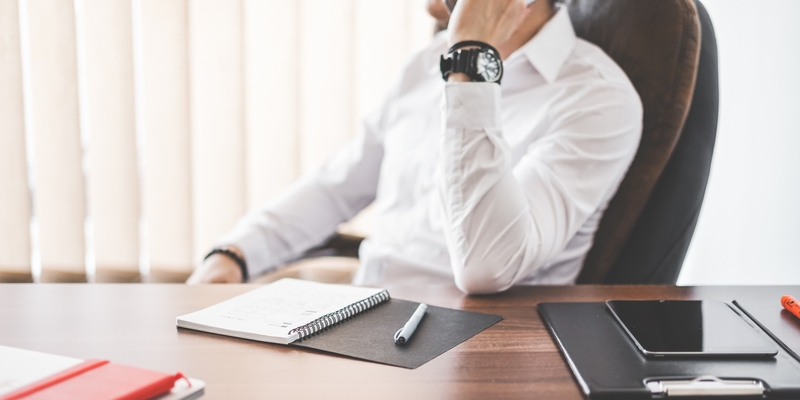 Succeeding in sales is all about developing the right habits. But not all habits are sales-generating.

The industry has changed a lot in recent decades, moving towards a consultative approach. Now, some once-hallowed practices will actively hinder your ability to connect with prospective customers and close deals.

If you’re still doing these things, you’re not offering real value to your customers:

1) Trying to sell to everyone.

Once, the sales profession emphasized making as many calls as possible in the hopes that at least a few will pan out. But that’s neither an effective approach nor an efficient use of your time.

Sales pitches are most likely to land when they’re targeted appropriately. Instead of prospecting indiscriminately, familiarize yourself with buyer personas. Only target companies that are good fits for what you’re selling. Start with identifying what is a qualified lead. Not everyone you think is a prospect and you might end up just wasting your time selling to wrong people.

As you know from your own inbox, email overload is real. Most people receive 90 business-related emails per day. With so many emails to get through, people are looking for any reason to click “delete,” including sales emails that are obviously from a template.

Although sending a template email may be quick, it’s not likely to lead to any conversions. The more personalization you give each email, the greater the chance you have of actually getting a reply. HubSpot conducted a study that demonstrates the effects of personalization. Low-personalization emails only have a .006% chance of receiving a response. By adding some personalization, response rate goes up to .27%, while highly personalized emails have a .86% response rate.

So by adding just a little personalization to your emails, you can increase your response rate more than four times.

If you’re asking customers questions that can be easily researched, you’re wasting both your time and theirs. No one wants to sacrifice part of their their day to field a sales call that’s obviously scripted and uninformed.

Before getting on the phone for that first call, research the company and your contact person. Use this information to inform your approach. By asking customized question, you’re proving your value as a consultative partner.

Since the 1960s, BANT has been a fixture of sales process. BANT, which stands for Budget, Authority, Need, and Time, is a tool for qualifying prospects. The problem is that the technique is entirely focused on the seller’s needs. Salespeople who use BANT are essentially asking prospects to answer a bunch of questions in order to assess whether the prospect is worth the salesperson’s time. But prospects themselves don’t get much out of the whole process.

Ultimately, BANT doesn’t even work well for salespeople, either. The method can lead to disqualifying lead prospects, and wastes time that could be better spent demonstrating value to the prospect.

Every part of the BANT formula is flawed:

The sales process–including qualification–should be customer-focused. Their needs, not yours, are paramount.

Some salespeople like to repeat prospects’ names constantly, perhaps as an attempt to prove that they actually know the right names. But this is cheesy and impedes real, unfiltered conversation.

In your conversations with colleagues and friends, you don’t constantly say, “So Mary, what do you think?” Don’t do this to your prospects.

6) Pretending to know everything.

No one knows everything. Customers can sense when you’re evading questions or fabricating answers. When a prospect asks you something you don’t know:

Don’t just answer something you are unsure of, you might destroy your credibility.

7) Sending follow-up emails that are just asking for a status update.

It’s tempting to send emails that are “just checking in.” But if you’re doing this, you’re just adding email to the inbox without providing any value in return.

At every contact point with your prospects, you should be adding value. Link to a piece of content, offer new information, and answer questions. Don’t just “check in.”

Most B2B sales, especially large ones, take time. Expect to speak with multiple people and go through administrative processes before closing a deal.

Be persistent. As they say, patience, persistence, and perspiration is the best combination for success. And success doesn’t happen overnight. There are some deals that will take longer than usual but the work you’re putting in will eventually pay off.

It’s not reasonable to expect customers to deal with all the pains of printing, signing, and scanning contracts. Invest in a tool that enables contracts to be signed digitally. Few examples are:

Using tools like this will demonstrate professionalism and it also speeds up your sales process by allowing you to close deals more quickly.