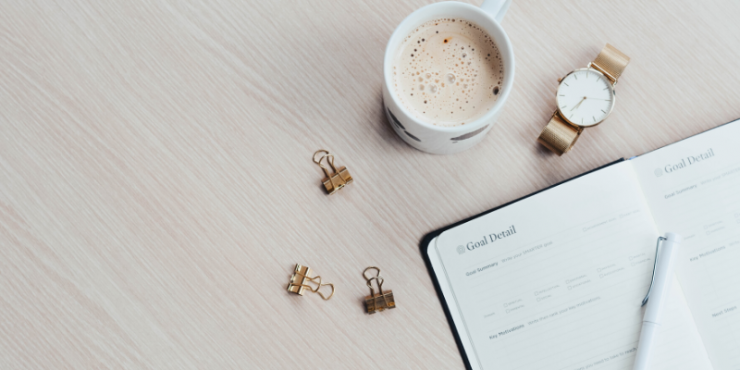 9 Things Salespeople Can Do Before the Year Ends

The year is almost over. During the last three months of the year, salespeople usually work on wrapping up this year’s work and gearing up for the next one.

Regardless of whether you’ve already surpassed your goals or have struggled during the year, the final quarter is still important.

Here are some things you should be doing before the year ends:

1) Set goals for the final few months of the quarter

The idea that new sales don’t close during the final quarter is a myth. Although it may be more difficult to reach decision-makers around Thanksgiving and Christmas, there are still plenty of sales opportunities out there.

Keep setting goals for yourself. Your goals should be realistic, but not so easy that you won’t have to break a sweat during the last few months.

In addition to setting a revenue target, set goals that are entirely within your control. Number of prospecting calls completed, and demonstrations scheduled are good top-of-the-pipeline goals.

Go through your pipeline with an eye towards which deals have a real shot at closing soon and which deals may have to wait until January or later. Prioritize the deals that have the best chance of closing within the year. For prospects that are a bit further off, plan to follow-up in January but otherwise don’t expend much energy on it.

If the prospect is a poor fit, you might consider removing them from the pipeline altogether. Remember: Your time is best spent on the best prospects, not marginal ones.

You should work on closing out deals before the end of the year, but you also don’t want to neglect the top of the pipeline. You want to have a robust pipeline when the new year comes around.

Keep reaching out to prospects, scheduling appointments, and conducting discovery calls. While some people might be out of the office, there will be plenty of others who are present and more than willing to take your call. Sometimes the final months of the year can even be a particularly good time for meeting with prospects. People who are still at work might be experiencing a slow time, so they’ll have more time for conversations with salespeople.

Your conversations with hot prospects are still critical. Although some prospects may want to wait until January to sign the deal, you still need to keep them engaged at the end of the year. Many prospects will be willing to sign a deal now, so you definitely want to make sure you have time to shepherd them through the final steps of the sales process.

In general, you should proceed as you usually would while being respectful of holidays and vacations.

Many departments have “use it or lose it” allotments in the budget—if they don’t use the full allotment in the fiscal year, the money won’t roll over to next year. Additionally, some companies make budgeting decisions based on the previous year. If a department spent only $1.3 million out of a $1.4 million budget, they might see a budget cut going forward. All of this means that many departments are eager to spend.

Call up your best customers to find out if they have extra budget that needs to be used. Don’t be coy. Just ask outright. You should go into the call with some idea of what you’d like to sell and how it fits into the customer’s goals. Nobody wants to spend money recklessly just because it’s available.

In cases where the cost of the purchase exceeds the budget allotment, you may be able to work out an alternative payment plan in which the customer gives a partial payment now and the rest of the payment at the beginning of the new year.

The end of the year is a good time to touch base with customers. Ask them how they’re doing, how your product has helped them, and what their current goals are. While you’re talking with them, be on the lookout for any possible upselling opportunities. Even if they’re not ready to buy right away, it doesn’t hurt to start that conversation early. You want to put yourself at the top of their mind.

If your year hasn’t been quite as successful as you hoped, you may want to improve your sales pitch. Even if you’ve performed well, there’s always ways to tweak and optimize the pitch.

Talk to your top-performing colleagues about how they pitch the product and learn from them. Experiment with different pitches and determine what tends to get the best results. You may want to work on different pitches for different customer profiles.

You don’t have to wait until January to set goals for the new year. Look over your performance for this year and set ambitious goals for yourself so that you can improve upon your numbers. Create a plan for how you’re going to achieve your goals.

Don’t just set goals related to sales numbers. Think about what skills you’d like to acquire and develop during the next year, and what steps you need to take in order to meet those goals.

A lot of people have clear calendars for January, so now is a great time to start setting appointments. Call up prospects in the top and middle of the funnel to set up a meeting. This is a great way to get off to a running start.

The last few months of 2019 don’t have to be a death knell for productivity. By following these tips, you can finish strong and set yourself up for an even better 2020.