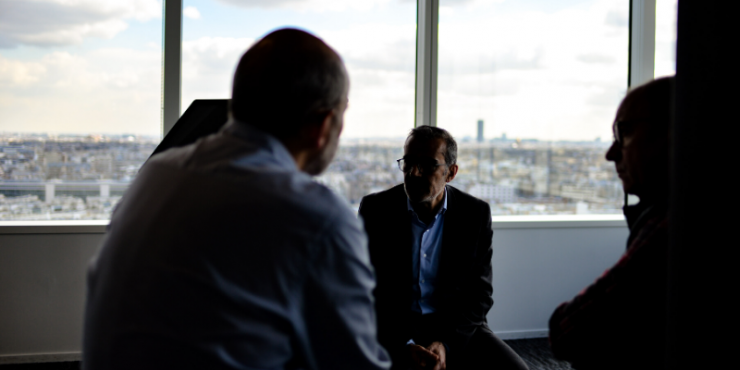 Always Be Closing or Always Be Qualifying?

Always Be Closing is not the superpower of sales that everyone thinks it is… any decent salesperson is always closing. ABQ is the superpower. Always Be Qualifying is what differentiates the great salespeople from the good salespeople at every company. ABQ results in being fiercely protective of your time and it becomes a trait that is ingrained in the actions of the best salespeople and should be the hallmark of any great sales organization.

If you’ve seen the movie Glengarry Glen Ross you’ve heard the term Always Be Closing. The star-studded movie paints a binary world for salespeople as either desperate losers who “can’t close” or ruthless killers who can “close any deal with anyone at any time.” It’s an entertaining movie, especially for people in the sales profession. Despite only ten minutes of screen time, Alec Baldwin’s “killer salesman” Blake, is extremely memorable, as evident by salespeople who continue to quote his character 25 years after the movie’s release.

Always Be Closing: What it Actually Means

Always Be Closing is Blake’s mantra and while it is an obnoxious phrase, it’s actually the underpinning of the sales strategy used by any good salesperson. While certainly an important element of sales, the quote is misleading and isn’t used the way most people think nor is it the most important differentiator used by the best salespeople.

To most people, Always Be Closing means to “close the deal right now,” but good salespeople know that they should always be closing for the next step in the sales process. Many amateurs try to close too early or leave things vague with prospects, but good salespeople ask for confirmation on the next step and ensure both the salesperson and the prospect are on the same page on what is going to happen next. This is Always Be Closing. Always Be Closing for the next step. High performing salespeople know what the path is to get a prospect to purchase and on to “happy customer land” and they know that while the path can be a “choose your own adventure” at times, there are more common paths and definite steps a prospect needs to take to make a purchase.

Time management and strict discipline are two of the most undervalued and rarely discussed areas of selling. Salespeople have finite time and need to use it wisely and do so by staying disciplined with their work. Always Be Closing is a valuable theme as salespeople are always trying to move the deal forward, but the best salespeople I’ve worked with are Always Qualifying.

Always Be Qualifying is the Deal Differentiator

One of the biggest downfalls of those who are selling – whether they are sales reps or early-stage founders – is hope. Hope kills slowly. Like really, really slowly. This is a little counterintuitive because as a founder or salesperson you need to be an optimist and stay positive in the face of daunting challenges and constant rejection. Unfortunately, it’s that same hope that keeps you positive that can also be your downfall when managing sales cycles.

Hard truth: Many sales pipelines are full of unqualified leads.

In many cases, the deals that make up the potential future revenue and lifeblood of the business will never close… this is the hope that kills. Experienced sales leaders will review the potential deals in their team’s pipeline with a high degree of skepticism and often with many deals managed by inexperienced salespeople there are too much risk and blind faith that deals will close without any real practical details and next steps that line up toward a close. Top salespeople would never spend time on these deals.

How to get from Hope to Truth

Ask this question to a salesperson, “Describe to me why you think this deal will close? Give me the reasons, details, and steps ahead that make you truly believe.” The truth is in those answers. When I feel there is too much blind faith in a deal I need to test it. One way is to ask the salesperson what is the % likelihood that the deal will close. I then make a bet on the odds they give me and almost every time the salesperson will walk their percentage down and not take the bet as they wouldn’t actually put their money on the odds they give me on the deal closing.

This exercise gets the salesperson and the team to relentlessly search for the truth to predict the future outcome of the sale. They know I’m going to press these questions and bring them to a point that they will need to make a wager that their deal will close. There is never an exchange of money, it’s just a thought-exercise but it narrows faith down to the truth. I’m always looking for deals where the salesperson has enormous conviction and the proof with details and steps that the deal will close and then I can begin to forecast those deals to founders and investors.

Often times anything and everything can and will go wrong in a sales cycle. So to identify the deals that have all the ingredients to close and then ONLY FOCUSING ON THOSE DEALS makes an enormous difference with success or failure of closing sales.

Having watched a wide variety of salespeople with wildly varying backgrounds and sales skills, I’ve seen many common traits and behaviors. One is that the best salespeople are vigilantly protective of their own time – and they most certainly won’t waste it. They are actually very realistic and often pessimists in looking at the individual deals in their pipeline. While they are always moving deals forward (ABC), they are also very subtly (and often not so subtly) qualifying the prospect to determine whether the salesperson should spend even one more second with the prospect.

Often prospects don’t know how to buy your product or whether they actually have sufficient authority to make a purchase for their company or really how they are supposed to deal with a salesperson at all. These potential “buyers” don’t ask the salesperson tough questions as they may not be that interested in making a purchase. This is where a junior sales person thinks things are moving well and a senior salesperson is a diligent detective digging for the truth of whether the person they are speaking with can get the deal signed. Often the buyer is just doing their job and exploring the value of the product, but they are certainly not programmed to think about sales quotas, sales cycles and pipeline forecasts the way salespeople (and their managers) are.

Prospects can often (inadvertently) be a black hole of wasted time: how many salespeople call to “check-in” on deals and chase opportunities for months or even years? How many salespeople who are fired have that one deal that’s so close to closing and if they just closed that Moby Dick they will have salvaged their career and returned home with the great white whale. Often one of the first actions of the new salesperson (if experienced) who inherits the Moby Dick account, is removing the deal/opportunity from the forecast/pipeline. After a few strategic questions posed to the “prospect” result in the new account manager telling their manager it’s not a deal and not even remotely close to closing.

There are a million things you need to do to get a deal signed and salespeople need to know the answers to the tough questions about those steps. Average salespeople are afraid of getting the truth out. Afraid of what they might hear or afraid that it might get awkward asking tough questions. If they don’t have the answers these deals should not be in the pipeline as they are only false hope and THEY ARE NOT A DEAL.

“Ms. Prospect, do you value this value proposition?”

“There are others on the team who are involved in the purchase decision, WHO?”

Experienced salespeople will have a call and get off the phone say “That’s not a deal,” but junior salespeople who are listening in will think it’s a great opportunity because they hear what they want to hear: the infamous Happy Ears, when you only listen for positive words and cling on to them because they give you Hope. Experienced reps want honest answers to tough questions to know if they have a deal worth working.

How Do I Get to Qualifying?

Experienced salespeople ask the right questions to tease out whether they should invest more time with the prospect and they do it in a way that the prospect only feels love.

My best salespeople have said, “Mr. Prospect, I don’t think this is the product for you right now, because you said you ‘have a lot going on,’” and the prospects sometimes say “Yes, please call me back in a few months,” or they will say, “Oh no, I want to move forward with a purchase.” It’s the ultimate act of social value when you are comfortable with either a yes or a no.

High performing salespeople make the prospect feel that they are the ones making the decisions at every step of the process by asking questions. If a prospect indicates they aren’t moving forward or aren’t a good fit or aren’t going to buy, the salesperson is not afraid to be honest with the prospect and pulls the plug and moves on. AND bonus: they’ve earned respect from the prospect.

As salespeople spend more time grinding out sales over the years, they realize that they need to be ruthlessly disciplined with their time and only spend time on prospects and opportunities that will bear fruit. They make it look easy, but they have learned that chasing every deal yields very little. Better to get unqualified prospects out of the funnel and not waste anyone’s time.

Let’s get back to Glengarry Glen Ross and what the film is actually about: desperate reps chasing unqualified leads. Much of the film is taken up with the characters desperately trying to get deals done and there is a lot of deception and lying and very few qualified leads in the pipeline. It’s a great movie, but if the sales reps in the movie were ABQ instead of ABC there wouldn’t be much of a movie because the main characters wouldn’t spend the entire movie chasing a pipeline full of hope and misery.

This is a guest contribution by Seth DeHart of Framer. Interested in contributing to the CloserIQ blog? Check out our guidelines here.

Seth lives in Amsterdam and is currently helping early-stage B2B SaaS startups build their sales engines. He's also consulting later stage startups on making the jump from the US to Europe or from Europe to the US. Most recently Seth was VP Sales at the Dutch startup Framer($33m funding led by Accel) and previously Seth led sales in the US for Revinate($45m funding led by Benchmark) before moving to Amsterdam to focus on Revinate's European expansion.