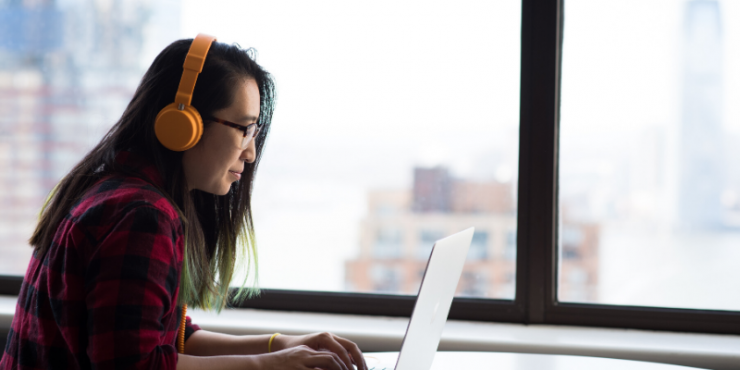 How to Train a New Salesperson on Cold Calling

Cold calling has been a hot topic over the past few years.

The advent of inbound sales tactics has left many salespeople scratching their heads, asking: is cold calling still an effective technique?

And research shows that cold calling still has an important part to play. Some 57% of C-level buyers actually prefer that salespeople call them. Furthermore, 69% of salespeople have accepted a call from a new salesperson in the past year.

With results like that, it’s up to sales leaders to pass the skills required for the age-old tradition of cold calling onto new salespeople.

Those of us who have been cold calling for years might think “how hard can it be?”. But cast your mind back to your first nerve-wracking cold call: wouldn’t it have been great to have had thorough training on how to deal with every possible situation?

According to CloserIQ, there are a lot of ways you can go wrong when training salespeople, from giving team members goals without plans, to providing vague and generic feedback and not following up.

Here’s my advice on how best to avoid these pitfalls and successfully train a new salesperson on cold calling.

As a trainer, you need to put actionable goals at the front and center of your trainee’s mind. Whatever the goal, the salesperson must be hyper-aware of it before, during, and after the call.

A simple technique is to get the new sales rep to write down their goal before each call. Before long, this goal orientation will become second nature.

And don’t forget: when they hit their goals, it’s cause for celebration. Positive reinforcement goes a long way here – whether you buy them lunch or just give them a pat on the back.

The level of research your cold callers need to go perform before a call will depend on the value of the product being sold and what their goal is for that call.

That said, most cold calling will involve an element of research before you dial. And it’s not a skill that comes naturally to everyone.

It’s important not to neglect training your new sales rep on how to go about researching their prospect ahead of a call.

Give them an idea of how much time they should spend on research. Tell them where they should go for this research – the client’s website or prospect’s LinkedIn page, for example.

Explain how this research should change how they approach the call. Maybe it will change the product demo they recommend or the tone they use to speak to an SME, for instance, rather than a director at a blue-chip.

Show Them How to Write a Script

Some cold calling works best with a script. If this is the case within your business, it’s likely you have templates for different calls.

However, unless you sell a boilerplate product, the sales rep is going to have to adapt the script based on the goal for their call as well as the person and/or company they’re calling.

Show them how to approach this task, advise them on the length of time they should be spending on scripts before calls, and let them know when it’s okay to leave the script behind.

While some sales reps feel more comfortable selling over the phone than in a face-to-face meeting, this medium is somewhat limiting.

To put it bluntly, there’s no body language or facial expressions to back up what you’re saying. It’s all in the voice.

You’ve got roughly 10-15 seconds to grab your prospect’s attention over the phone. No matter how revolutionary the deal you’re offering, an unexcited monotone voice just won’t do the job.

That’s why it’s vital to work through some voice training with your new sales reps.

Here are three key voice elements to work on:

Speak a little faster than the person on the other end of the phone. This requires paying attention to their speaking pace: remember, people from different states and regions have completely different pacing.

Nail this and you’ll have your prospect believing you’re thinking and working in sync with them, contributing towards a great first impression.

This can be a tricky one for those new to the game.

Pay attention to your trainee’s tone of voice. Are they putting you to sleep with their dull monotone?

Advise them to lower and raise the pitch of their voice at places in the conversation where it feels natural. This is key: you don’t want them to sound bizarre or forced.

This is something you can practice in everyday conversations with them. It’s important because it tells the listener that your sales protégé is both engaged with the conversation and genuinely interested in the person they’re talking to.

You obviously don’t want your new sales rep to get on the phone and start shouting at prospects.

That said, speaking a little louder than they would in a normal conversation can help them come across as confident and secure.

If you’re training new salespeople on cold calling, you’re probably experienced and successful at the task.

Share with them all the weird cold calling tips and tricks you’ve picked up over the years.

Think: what have you had the most success with? How do you avoid taking bad calls personally? How do you handle objections?

Let them know, and enjoy the satisfaction of passing on your hard-earned knowledge.

You can talk at your new sales rep until you’re blue in the face, but it’s the endless practice that will get them where they need to be.

Role-playing is key. Start without the phone and progress to role-playing over the phone. When you’re practicing, score them for elements such as “voice”, “product knowledge”, “research”, and “handling difficult situations”.

This will enable you to give the best feedback, helping your new sales rep improve enough to go out there and kill it.

Sujan Patel is a partner at Ramp Ventures & co-founder Mailshake. He has over 15 years of marketing experience and has led the digital marketing strategy for companies like Salesforce, Mint, Intuit and many other Fortune 500 caliber companies.