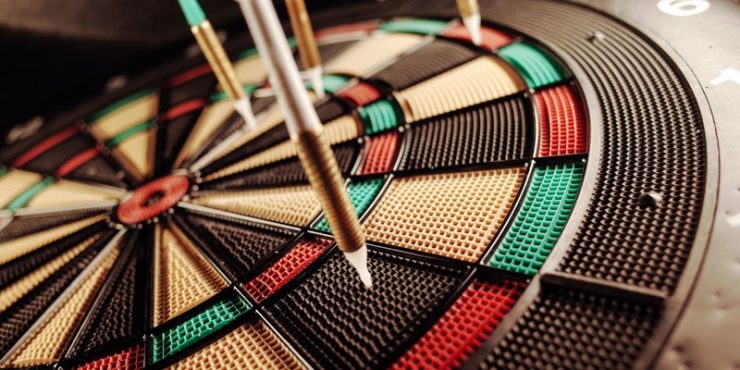 Research shows that healthy competition within sales teams can boost results — often substantially. Sales contests are one way to introduce “healthy” competition into your team. In fact, they can be so effective that the organization who ran that study saw an incredible 45% increase in their bottom line margin the second time they ran a competition. For that, you need sales contest ideas.

But, to have a positive effect, sales contests need to be given careful thought, or they’ll turn into a playground only lets the top performers play. In that scenario, poor — or even perfectly adequate — performers become discouraged and stop bothering to try to win and the contest fizzles.

The elements of a good sales contest

If an idea doesn’t do these 3 things, scrap it, or at least don’t repeat it.

In line with this, traditionally sales contests reward the best rep in a set period of time — i.e. the rep who generates the most revenue in a month wins. We certainly include that idea, but if you’re striving to achieve those big 3 things, you’ll have to get more creative.

A few ways to do that is to focus on front-end activities and KPIs — the processes of sales — and reward appropriately. Or, focus on specific thresholds, where anyone who reaches the minimum wins some sort of prize.

So, without further ado, here are our contest ideas.

This is a more simplified version of the KPI-based contest and can be a great short-term contest. For example, if your marketing team just ran a very successful campaign and there are lots of SQLs just waiting to be given attention, that’s the perfect situation for this type of contest.

First past the post is typically the rule: the first person to qualify 50 leads a day, or book 10 meetings, or generate $25K in new sales pipeline — you get the idea.

2. Anyone who reaches X sales in a month receives a prize

Similar to the objective goals, this one has a twist to ensure that everyone gets motivated: whatever goal you set (X sales, Y revenue, etc.), whoever reaches that metric in a month gets a prize — not just the top or first person. It’s a sort of everyone past the post take on the traditional.

Ben Jackson, VP of sales at Voices.com, reported that this contest was so successful that his team opened all the gifts the first week, forcing management to restock. They had a 50% increase in larger-than-average deals.

Everybody loves leaving early on Fridays — why not use that as a short-term contest reward? Jackson found that inside sales reps tended to ration their end-of-month deals to get a jumpstart on the next month. So, he spontaneously announced that if everyone met a certain quota in the last few days, everyone could leave early on Friday. It worked.

For this one, set predetermined small, daily goals for your team. If and when a team member reaches that goal, they pick a card from a 52-card deck. Throw in a random bonus card for fairness, and at the end of a 5-day workweek, everyone who reached their daily goal each day has a full hand. The best hand wins.

If you do trade shows, this can a fun 1-day or week-long contest. It’s simple: whoever makes the most sales during the event wins. Just let your team know ahead of time and make an easy way to track their sales.

Like the poker contest, this one focuses on small, daily goals. Make bingo cards with different types of sales or tasks in each square. Every time a teammate completes a task, they can check off a square. When they fill the row or card, they get rewarded.

Typically, contests are run to reward good sales behavior — what about the poor? Imagine that your team has been giving away a lot of free products added to deals to make the sale — too many. While it works in the short-term, it can lead to buyer relationships that are less likely to last. To cut down on this, reward reps for the deals that contain no free products.

To do this, you might consider mounting a board upon which points are added beside each team member’s name for careless sales practices. At the end of the week, the “leader” has to put $20 or $50 in a charity pot or office party fund. It’s a bit of a parody that servers to highlight less-than-optimal practices in a fun, non-accusatory way.

You can also combine the concept of positive and negative points by awarding points for good practices, and removing them for bad.

Every contest needs a goal: so what are you hoping to improve among your sales team? Picking a specific objective is key.

Using this metric, whoever gets the most clients in a set period of time wins.

Again, whoever generates the most revenue for a specific product of your company wins. Which product do you need to improve sales of?

11. Greatest gross profit for the period

Take a metric, like gross profit, and pick a concrete length of time, like the quarter. You can also do per month or otherwise. Again, whoever has the highest gross profit of that period wins.

Focusing on improving KPIs a process-based idea. What KPIs are lagging? Sales cadences? “50 meaningful calls per day” could be the goal for a contest. Start with 5-10 metrics and keep it simple. Resist the urge to overcomplicate this one.

You probably didn’t need us to tell you that salespeople are competitive — it’s a quality that often makes the top performers just that. But while sales contests have proven to be effective, they’re best when they:

Hopefully, this list helps you get started doing just that.